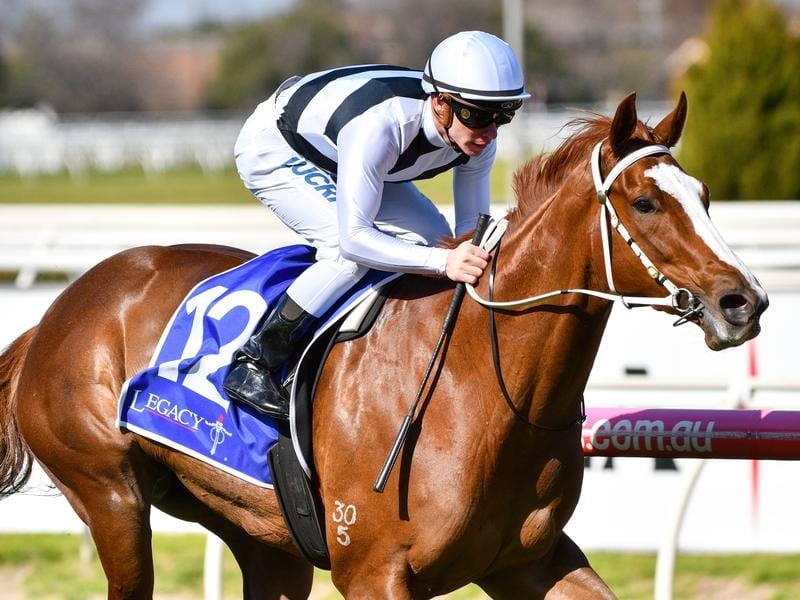 Pippie has created a favourable impression on returning to Melbourne racing with a Caulfield win.

Lightly raced sprinting mare Pippie has shown what her connections had hoped to see at Caulfield to confirm plans for bigger race targets in the coming weeks.

The John and Chris Meagher-trained four-year-old made a one-act affair of Saturday’s MRC Foundation Supports Legacy Handicap (1100m), cruising along in front before scoring by three lengths without being fully tested by jockey Ben Melham.

“We were hoping to see that,” Chris Meagher said.

“But until they actually do it you’re not quite sure.

“We knew she was going very well. She’s a high-class mare.

“She has a high cruising speed. She puts herself there and eliminates bad luck. For her to do that today, pretty well untouched was quite impressive.”

Pippie had won by 3-1/4-lengths at Doomben first-up off a long break last month and Saturday’s victory in benchmark-78 grade was another stepping stone towards the Group Three Cockram Stakes (1200m) for mares at Caulfield in two weeks.

Next month’s Group Three How Now Stakes (1200m) at Caulfield is also in the plans for the mare who has won three of her five starts.

Meagher said Pippie pulled up with muscle soreness after finishing unplaced in last year’s Quezette Stakes at her third start and they gave her plenty of time before she made her return to racing.

Melham has noticed the development in Pippie.

“She’s really matured as a horse and has filled out nicely,” Melham said.

Pippie ($3.70) defeated Diamond Effort with I’m Telling Ya another long neck away third.