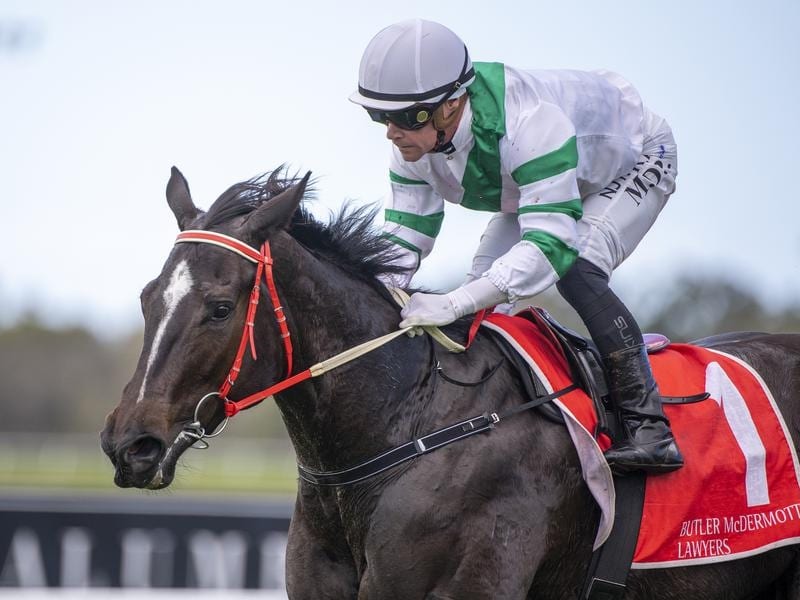 Kisukano will be hoping to continue her winning form in Saturday’s QTIS 2Y0 on the Sunshine Coast.

Apprentice Alex Patis will have the most important ride of her career when she partners top two-year-old Kisukano at Doomben.

Trainer Michael Nolan had been toying with the idea of heading straight to Sydney after Kisukano won first up on the Sunshine Coast two weeks ago.

Instead Kisukano will tackle the QTIS 2Y0 Fillies Handicap (1200m) at Doomben where she carries 63.5 kgs.

The filly has won four of her five starts and more than $500,000 in prize money.

“She is starting to get up in the weights and Alex’s 3kg claim means she will carry the same weight as in her last start win,” Nolan said.

Patis has been in good form of late and rode three winners last Saturday, one at Ipswich and a double at Toowoomba.

She rode in Tasmania for the early part of her apprenticeship where she recorded 29 winners.

Patis has ridden a further 27 winners, including four in the metropolitan area, since relocating to Queensland late last year.

She has been based at the Gold Coast but switched on loan to Tony and Maddy Sears this week.

“It is a good chance to further my career and I am looking forward to the challenge,” Patis said.