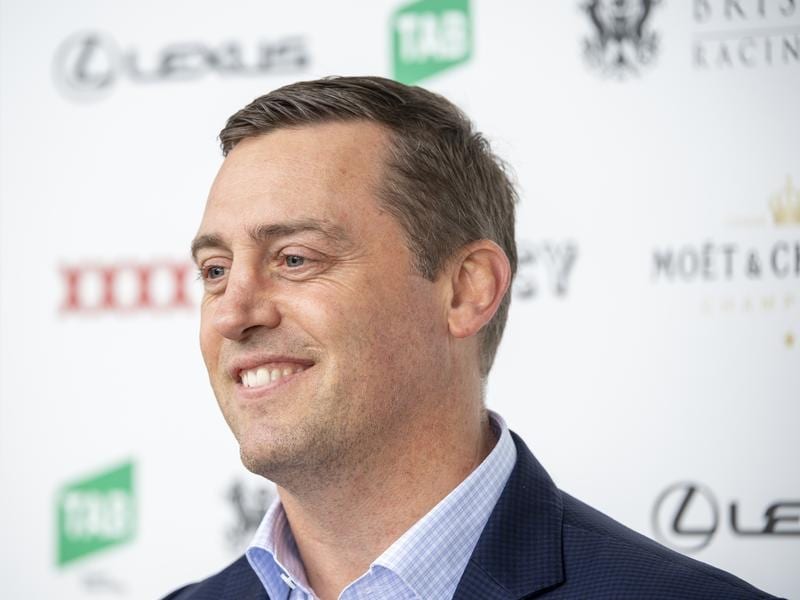 The Tony Gollan-trained Tullio will chase his fourth straight win at Doomben on Saturday.

Tullio should get track conditions to suit when he aims for his fourth straight win at Doomben on Saturday.

The four-year-old has been in top form since returning from an injury-enforced break but faces his stiffest task in the Kirin Handicap (1050m).

Rain has been forecast for Doomben later this week so the track should be on the softish side.

Tullio is unbeaten on heavy tracks and has also won on a track rated soft.

The Tony Gollan-trained gelding was off the scene for well over a year with a leg injury after finishing second at Eagle Farm in December 2018.

Since then he has added wins at the Gold Coast and Sunshine Coast in impressive fashion.

The Sunshine Coast win a fortnight ago was his first in Saturday metropolitan company and his fourth from 11 career starts.

Gollan bought Tullio for $150,000 at a Magic Millions sale and is confident he will more than recoup the outlay.

Tullio is by leading sire More Than Ready out of mare Military Rose, who won a Group Two Reisling Stakes and Magic Millions 2YO Classic for Gold Coast trainer Gillian Heinrich.

“He had a knee chip operation and it was exciting for him to win after 18 months on the sidelines,” Gollan said.

“It was a great reward for all the time and patience shown by our team.”

Tullio does a lot of swimming at the pool at Eagle Farm mixed in with trackwork.

Gollan has had a great season, recording his state record for winners currently standing at 156-1/2.

Gollan has another strong hand at Doomben to add to those records, with Say Haya one of his best chances in the QTIS 3YO Handicap (1200m).

Say Haya, who was bred by former top jockey Larry Olsen, was a late scratching at the Sunshine Coast two weeks ago.

“She bumped her head in the float on the way up and had to be scratched but she has had a trial since and she won it well,” Gollan said.