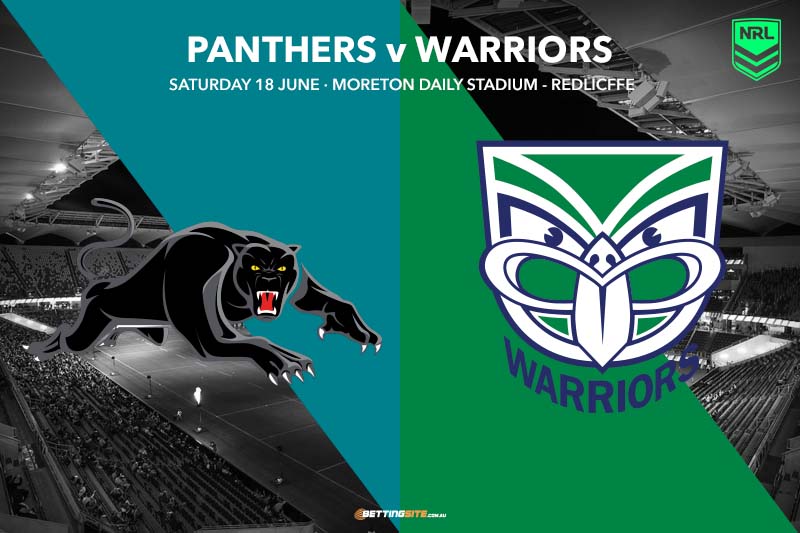 The New Zealand Warriors couldn’t be facing the defending premiers at a worse time when they take on the Panthers Saturday afternoon at Redcliffe. The Warriors started quickly last week, scoring two tries in eleven minutes before being overpowered by the Sharks. The Panthers on the other hand were their clinical best against the Knights, proving why they’re the team to beat for the 2022 NRL season.

The New Zealand Warriors have been forced to make changes with Euan Aitken and Ben Murdoch-Masila out through concussion and a dislocated elbow. However, the Warriors have welcomed back Josh Curran to the starting line-up and could bring in front row enforcer Addin Fonua-Blake after being named on the extended bench. The Warriors will also be looking to their future with Ronald Volkman named to make his NRL debut after being signed from the Sydney Roosters. For the Panthers, Isaah Yeo will return from an injury he sustained in the opening minutes of State of Origin One.

In 43 contents the Panthers have been victorious on 26 occasions with one draw between the two sides. The Panthers have also won eight of their last ten against the Warriors. Interestingly, neither of these two sides have been defeated when playing at Moreton Daily Stadium.

The heavy favouritism is justified for the Penrith Panthers, however, it appears new head coach Stacey Jones have begun to inspire this Warriors team to better performances, although they have only played one game. While Penrith should win well, it’s difficult to see the Panthers winning by more than 26 points, making the +26.5 point line for the Warriors an interesting bet at $1.90.

The left edge attack of the Panthers is still the best in the NRL but may not be the number one choice when attacking the Warriors on Saturday. The weakest area of the Warriors defence is their left-hand side, which is Penrith’s right, the attacking side of Stephen Crichton and Brian To’o. Both are at healthy prices to score 2+ tries in this match, paying $5.40 and $3.60 respectively with the Palmerbet.

Should the Warriors continue their trend of improvement, they should be able to find a try or two against a Panthers side that is incredibly good, but not perfect. Even the Panthers concede 10 points a game over average, and if you add onto that an estimated 24 points from the Panthers in attack between Crichton and To’o alone, you start to get close to the 44.5 total point margin for this clash. Look for that total to be exceeded with both sides looking to play expansive and attacking football.

The battle of these two fullbacks will be very interesting for different reasons. It’s been mentioned previously that the success of the Warriors in attack hinges on Walsh. The inclusion of Volkman may be the catalyst to free up Walsh making him even more dangerous than usual. For Edwards it’s always about the volume of work he does in his kick returns and running meters, as well as his ability to chime into the Panthers attack and assist in scoring tries, if he doesn’t score himself. The impact of both fullbacks will be easily measurable, and highly influential to the success of their respective teams.