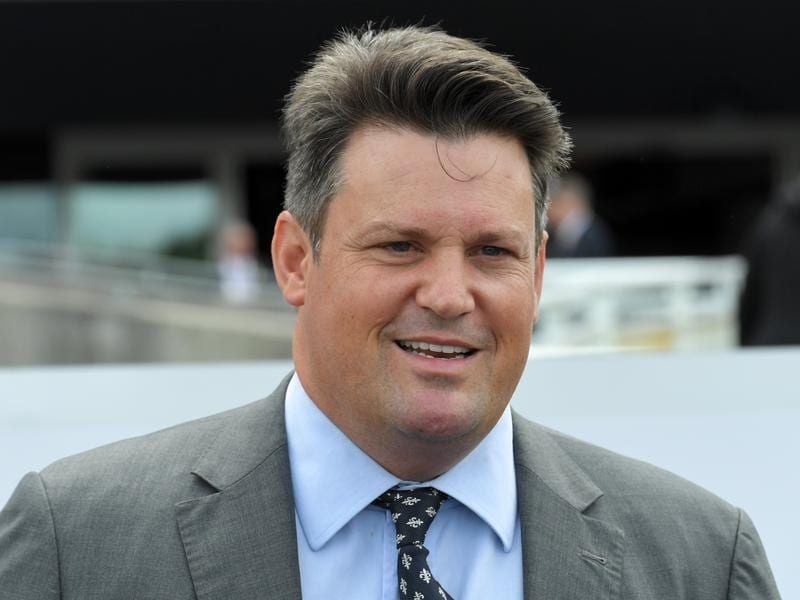 Trainer Paul Messara has sent Outburst to Queensland to contest the Listed Phoenix at Doomben.

Trainer Paul Messara has scratched Outburst from Sydney to concentrate on the Listed Phoenix (1600m) at Doomben on Saturday.

Jeff Penza rode Outburst when the gelding won at Scone two weeks ago but with interstate coronavirus restrictions still in place Messara had to find a Brisbane-based replacement.

He has gone with in-form jockey Brad Stewart who is chasing his sixth stakes win of the truncated winter carnival.

Messara trains for Arrowfield Stud which retained Outburst when he failed to make his reserve at the Magic Millions sales.

Messara hopes the trip away to Queensland will help Outburst mature into a spring carnival horse.

“He can have a break after Saturday and I think in six months you will see a really nice horse. We will look for races for him in the spring carnivals,” Messara said.

Trainer Stuart Kendrick is confident Way Beyond and Cosmic Gossip will race well in The Phoenix as they drop back in class.

Kendrick said he had been wanting to run both horses at 1600m for some time.

At his last start, Way Beyond finished 15th behind Rothfire in the Group One JJ Atkins (1400m) at Eagle Farm on June 6.

Kendrick said Way Beyond should have finished much closer after striking trouble in the first 400m.

Cosmic Gossip ran 12th in the Atkins but Kendrick admits she had the wrong preparation.

“She won first-up which qualified her for the Atkins but going into it second-up wasn’t ideal,” he said.

“But we had to give her a chance and she didn’t disgrace herself.”