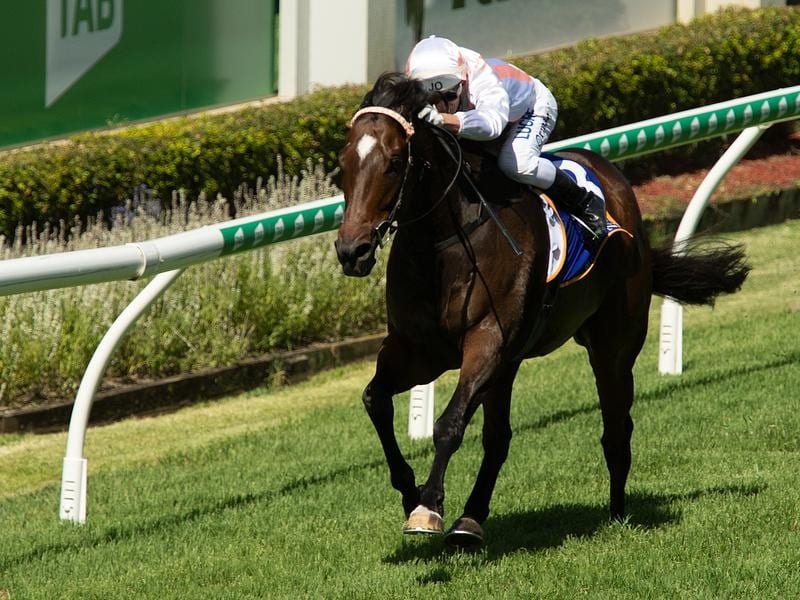 The Barry Lockwood-trained Fiery Heights is expected to improve with a drop in grade at Doomben.

A drop in class and a better barrier could help stakes performer Fiery Heights give trainer Barry Lockwood winter glory in his own right at Doomben.

The coronavirus restrictions meant several NSW trainers could not come to Queensland for the winter.

They had to entrust their horses to a Queensland-based trainer and Lockwood, who is highly regarded throughout Australia, was top of the list.

Lockwood was the caretaker for Victorem who won the Group Two Victory Stakes and In Good Time who took the Listed Ascot Handicap.

The Lockwood-trained Fiery Heights shared the lead for much of the race before finishing last in the Listed Hinkler Quality (1110m) at Doomben on May 30.

He drops in class in the TAB Handicap (1110m) where in-form jockey Brad Stewart has picked up the ride.

Fiery Heights came from barrier 14 in the Hinkler but will start from midfield on Saturday.

Lockwood said Fiery Heights had won six races at Doomben and did have a good second-up record.

“For saying that he might still need one more run. I would expect him to be there at the 200m but the last 50m might tell,” the trainer said.

“But he was never better than three deep contesting the lead last time and he had to drop out,.

“That was first-up and he had only a trial leading into it.”

Fiery Heights has been a top performer for Lockwood, counting a win in the Listed Falvelon Quality and second in the Magic Millions Sprint among his better performances.

Lockwood took Fiery Heights to Sydney last year where he ran two creditable fifths in stakes race but the gelding will remain in Queensland this campaign.