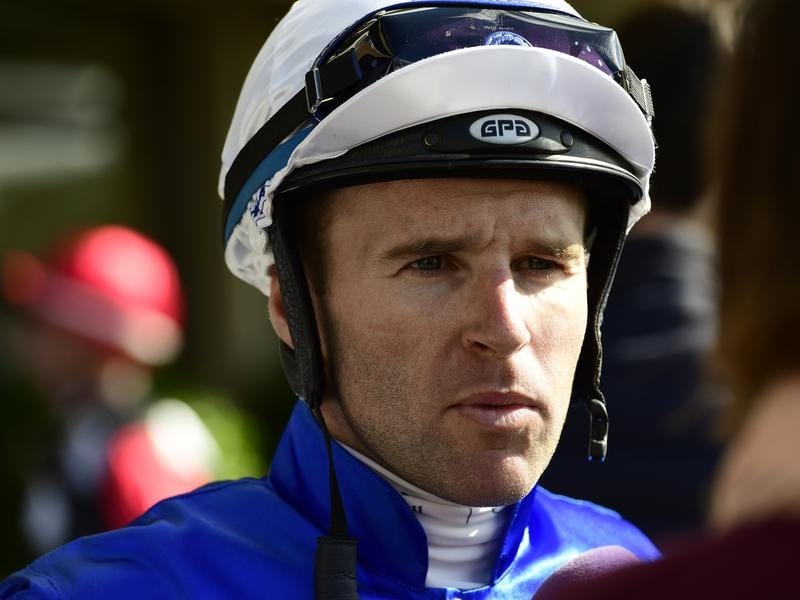 Tommy Berry is looking to Exceedance to step up in the San Domenico Stakes at Rosehill.

The raw ability of Hawkes Racing’s Exceedance has already been on public display, now the colt faces his next challenge – proving his class.

He has an immediate opportunity to do that in Saturday’s Group Three San Domenico Stakes (1100m) at Rosehill against a small but quality field that boasts Bivouac, a brilliant first-up winner of the Vain Stakes in Melbourne, and Yes Yes Yes, who has been touted as a possible candidate for The Everest.

Tommy Berry is under no illusions about the task Exceedance faces.

The jockey found himself in a similar position a week ago aboard filly Libertini, who confirmed the boom on her was founded with a decisive Silver Shadow Stakes victory.

Berry says Exceedance must also stand up to be counted to prove he is a serious three-year-old contender this spring.

“I don’t want to get too carried away,” Berry said.

“Realistically, he’s only won a maiden so like Libertini, he’s got to go out and do it.”

The colt came from near-last on the tight-turning Wyong circuit and produced a brilliant turn of foot to overhaul the leaders and post a breathtaking win.

He was similarly impressive at his next outing despite being beaten, unleashing a powerful finishing burst and just failing to reel in Splintex and Rotator at Rosehill in June.

Berry was aboard in both runs and also partnered Exceedance in a barrier trial last week when the three-year-old finished second to Group-winning sprinter Ball Of Muscle.

And he felt the colt do something in that trial that he had not done on race day.

“He was the same in his trial as he was in his last start where he passed the main part of the field then sort of lost sight of the bunny,” Berry said.

“But I gave him a click-up and then he chased again which is a good sign.

“I liked that response.

“He gave me a lovely feel. He’s come back nice and strong.”

A field of seven was accepted for the San Domenico Stakes (1100m), although the race could change complexion with heavy rain forecast in Sydney.

While race favourite Bivouac is proven in the wet, Exceedance has never raced on a surface worse than good and second pick Yes Yes Yes has won on soft ground but finished midfield in the Golden Slipper on a heavy track.