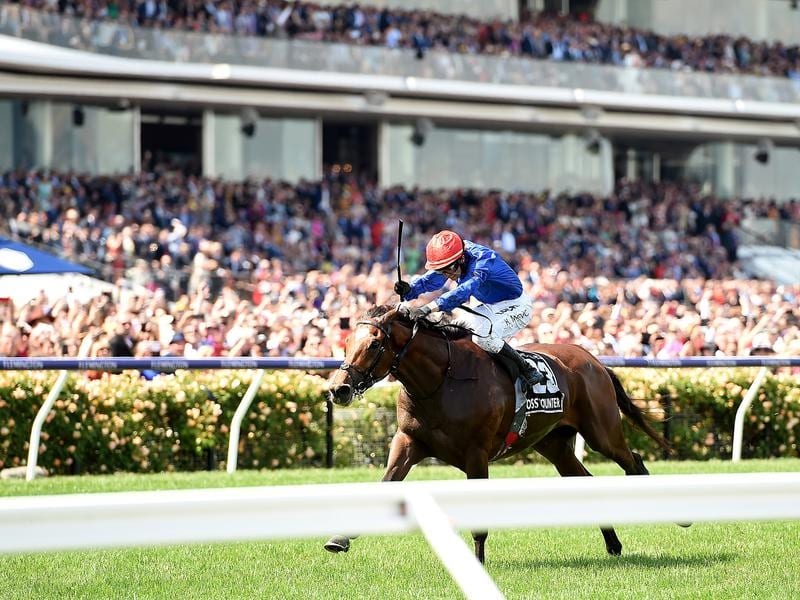 Godolphin’s Cross Counter has been nominated to defend his title in the Melbourne Cup at Flemington.

Last year’s Melbourne Cup winner Cross Counter is one of 39 overseas-trained entries among 152 nominations for the next running of the $8 million race.

Fellow English horses Marmelo and A Prince Of Arran, second and third in 2018, have also been nominated.

Godolphin’s Cross Counter is among 143 entries for the Caulfield Cup and is the equal favourite for both races.