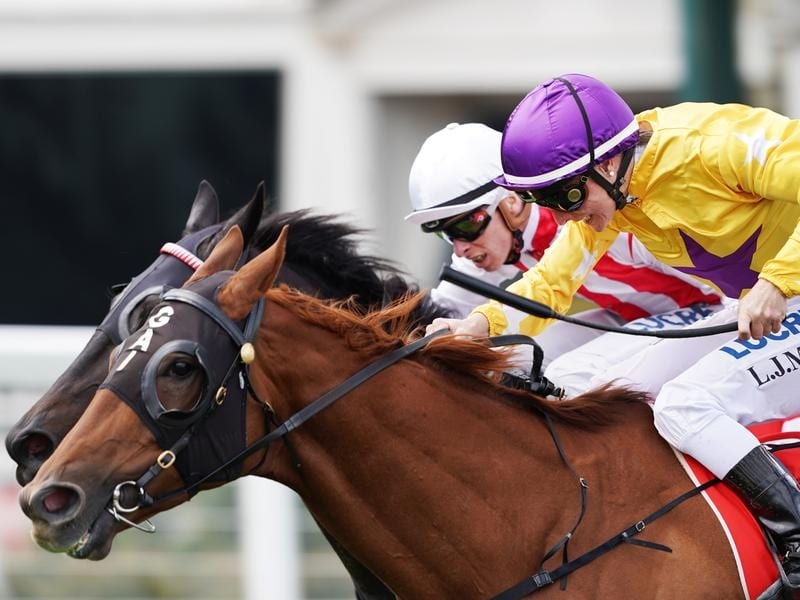 Wolfe clinched a Caulfield Cup spot with victory in the Coongy Cup but the up-and-coming stayer still has work to do to make the Melbourne Cup field.

The Gai Waterhouse and Adrian Bott-trained Wolfe earned a ballot exemption into Saturday’s Caulfield Cup with his Coongy win on Wednesday and he runs on a quick back-up in the $5 million handicap over 2400m.

Under the conditions of the Coongy, Wolfe could not be given a weight penalty for the Caulfield Cup so he gets in with 50kg and will be ridden by Beau Mertens.

The Japanese-bred stayer was eligible for a penalty for the $8 million Melbourne Cup (3200m) on November 5 for his Coongy win but Racing Victoria’s Greg Carpenter has elected not to raise his weight.

Wolfe is 57th in the Melbourne Cup order of entry with a field limit of 24.