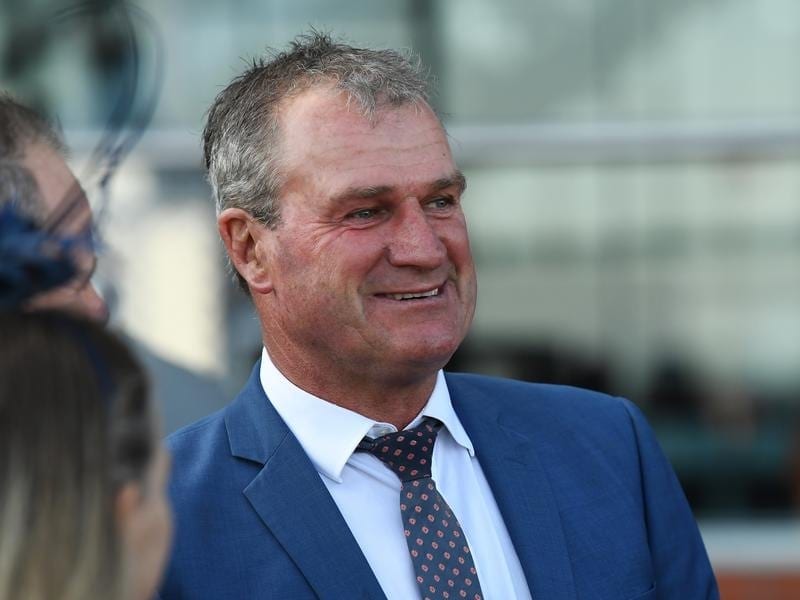 Darren Weir will run Night’s Watch in the Caulfield Stakes before deciding on a Caulfield Cup start.

Night’s Watch has earned a ballot exemption into the Caulfield Cup with victory in the MRC Foundation Cup at Caulfield.

But trainer Darren Weir says the five-year-old is not guaranteed to start in the $5 million race on October 20 after his win on Saturday.

Weir said he would wait until the gelding has his next start in the Caulfield Stakes a week before the Caulfield Cup before making a final decision.

“That’s the beauty with Terry Henderson and the OTI Boys, there’s no pressure.”

Night’s Watch entered Saturday’s race equal 78th in the order of entry into the Caulfield Cup but leap-frogged his way into the race with his late surge.

Ridden by Damian Lane, Night’s Watch was sent off the $2.70 favourite in scoring a long-neck win over Rising Red ($16) with Odeon ($9) a short-head away third.

One thing concerning for Weir has been Night’s Watch recent habit of slow starts.

But he said the gelding has been a work in progress since joining his team from New Zealand over 12 months ago.

Weir pointed to his Warrnambool team of Jarrod McLean and Tyson Kermond in mending the gelding’s manners.

“He’s living up to the potential that he showed early days when his manners weren’t right,” Weir said.

“It was a good ride by Damian. He crept on the corner and put himself in striking distance but then they fanned and were everywhere.

“It’s nice that he’s won a decent race because he’s deserved it.”

Night’s Watch firmed into second favouritism at $8 for the Caulfield Cup behind stablemate Kings Will Dream at $4.50).