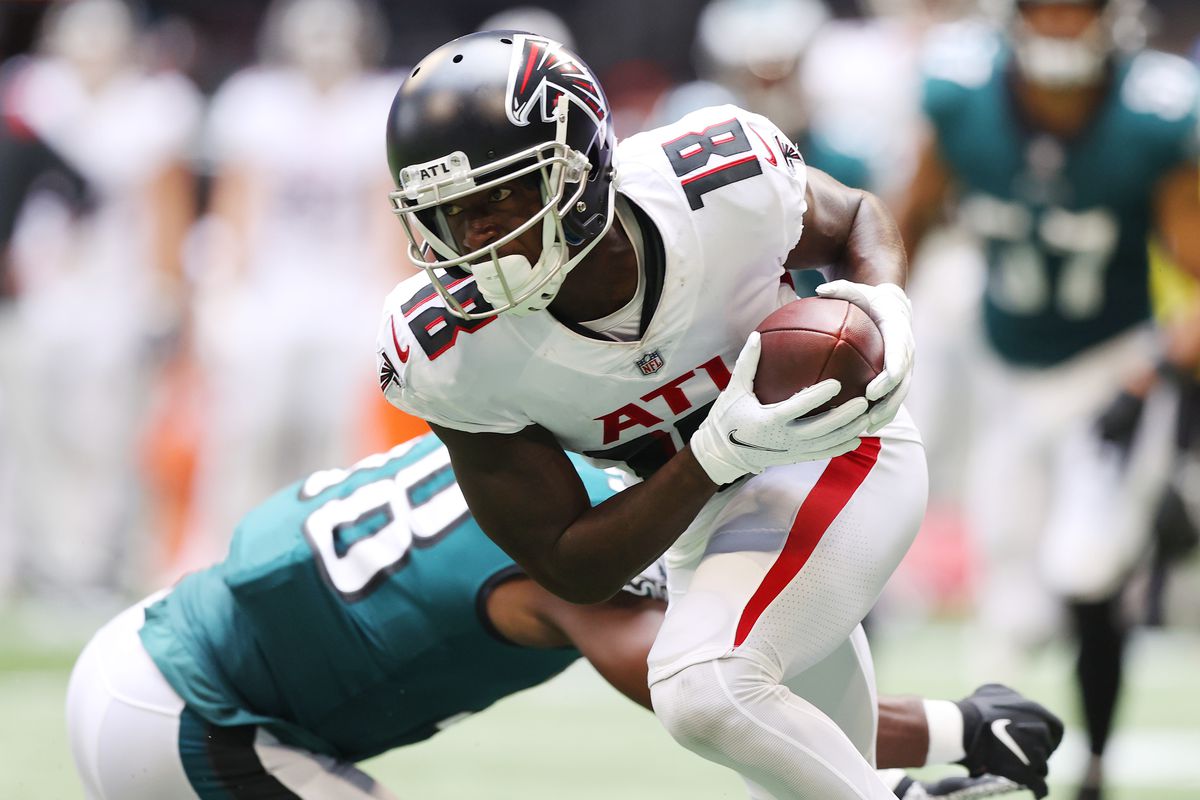 Ridley reportedly bet $USD1,500 on various parlays including one 11 leg parlay that included a Falcons match. The NFL made an example of Ridley by suspending him for the entirety of the 2023 season.

Ridley, 27, has only played five games this season with the Falcons having a 7-10 in their first year under new head coach Arthur Smith.

Ridley’s indiscretions happened during a five day stretch in November, which was a full month after he had stood down from the Falcons for mental health reasons.

NFL Commissioner Roger Goodell said there was nothing more important than maintaining the integrity of the competition.

“There is nothing more fundamental to the NFL’s success – and to the reputation of everyone associated with our league – than upholding the integrity of the game,” he said.

“This is the responsibility of every player, coach, owner, game official, and anyone else employed in the league.

“Your actions put the integrity of the game at risk, threatened to damage public confidence in professional football, and potentially undermined the reputations of your fellow players throughout the NFL.”

There have also been reports that Ridley was unhappy with his contract with the Falcons and wanted to be traded, which was fuelled by his mid-season, self-enforced hiatus.

The NFL has gone through an explosion in wagering action after sports betting was legalised across much of the USA in the last few years. This means there has been a growing emphasis on integrity in games.

Should NFL players be allowed to bet on games?

Thirty states in the USA have legalised sports betting sites in recent years and it likely will not remain at 30 for very long. That is why the NFL needed to make a clear example of Ridley and some have said that a year long suspension was too light.

The question should be asked, should active players be allowed to bet on their sport?

The simple answer is no, if a player is actively playing in the league the they are correct to take a zero tolerance policy in this situation. It’s surpising that Ridley was not flat out banned from the NFL.

The sports betting industry in the United States has exploded in recent years. With online sportsbooks like Fanduel, Draft Kings and so many others just a touch away for so many fans, wagering has erupted in the USA. In fact, a total of $100 billion was wagered on the 2021-2022 NFL betting season this year alone.

In the US online betting sites offer so many promotions like refer-a-friend free bets and other boosted odds promos that have not only drawn in sports fans but also those who have zero interest in sports. If a normal person gets a promotion where they can double their money if Tom Brady to complete one pass they are going to jump on that opportunity. These types of free bet promotions are no longer available to Australians.

Forgetting the integrity of the game being on the line, there are billions of dollars being wagered across the entire country. If players are able to sports bet with inside information, it can result in player performance being impacted and worse yet throwing of games.

For example, if Ridley knew ahead of time that his teammate and quarterback Matt Ryan was dealing with a shoulder injury that significantly impacted his ability to throw the ball, wouldn’t it be easy for Ridley to take the under on passing yards? To go one step further, what would stop Ridley from intentionally dropping passes if he took his own under on receiving yards?

In Ridley’s case specifically, the NFL said in their press release that “A league investigation uncovered no evidence indicating any inside information was used or that any game was compromised in any way. Nor was there evidence suggesting any awareness by coaches, staff, teammates, or other players of his betting activity.” None of that matters however, even though there was no evidence of game’s being thrown this time, it doesn’t rule it out in the future.

The NFL specifically has been lenient with allowing players to take part in fantasy football, but sports betting is where the line should be drawn. As more and more leagues partner with different sportsbooks to engage fan interest, it becomes a conflict of interest if players begin to wager as well.

Sports betting is a dangerous game to play for more reasons than a couple of dollars being on the line. The NFL, NBA, MLB, NHL, and so many other leagues could open themselves up to being liable for lawsuits if it comes out players are throwing games for their own profit.