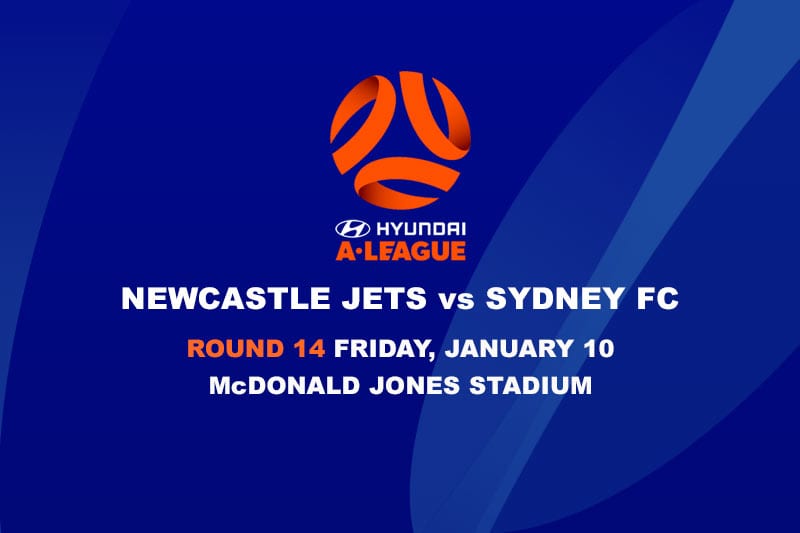 First-placed Sydney FC will make its way to Newcastle to tackle the last-placed Jets, who are desperate to get their 2019-20 A-League campaign back on track.

After a demoralising 4-0 loss to Melbourne Victory in Round 13, the Newcastle Jets decided they needed to make a move and sacked their head coach, Ernie Merrick.

It remains to be seen whether the change in management will spur the Jets to new heights in 2020, but fans will want to see a more aggressive approach from a Newcastle side that has scored only 11 goals this season.

There are two players in the competition that have slotted more goals than the Jets, and they will face one of those this Friday night.

Adam Le Fondre anytime goalscorer @ $1.81 with BetEasy
We would normally include an anytime goalscorer from each team, but the Newcastle Jets have found it very difficult to score this year and we don’t see that changing against Sydney FC. Adam Le Fondre is a household A-League name who averages a goal per game in his 12 appearances this term. Since the Jets have a poor defensive structure, it is safe to assume Le Fondre will impact on the scoreboard this Friday.

Kosta Barbarouses anytime goalscorer @ $2.28 with BetEasy
Alongside Le Fondre in the Sydney FC forward half is Kosta Barbarouses, who has scored five goals thus far in his first campaign with the Sky Blues. He is also the joint-top creator in the division with four assists. As the Jets have conceded some 25 goals in 11 games this season, there is a very good chance that both Le Fondre and Barbarouses will find the back of the net this week.

Over 2.5 goals @ $1.66 with Bet365
The total goals market must be looked at from a past-performance perspective, and this match screams overs. Sydney FC has exceeded 2.5 goals in seven of its last nine appearances and the Jets have gone over in three of their last four games, with eight goals going through in their Round 11 clash with Perth Glory. Back in the Sydney FC boys to score plenty of goals against the league’s worst defence.

Sydney FC to win @ $1.91 with Sportsbet
When top of the ladder faces bottom of the ladder in any given sport, you need to back in the better side. In any case, Newcastle’s home field advantage has never been all that significant against the other NSW clubs. Teams with new coaches often spring upsets, but Sydney FC will use its superior class to overcome the Jets.