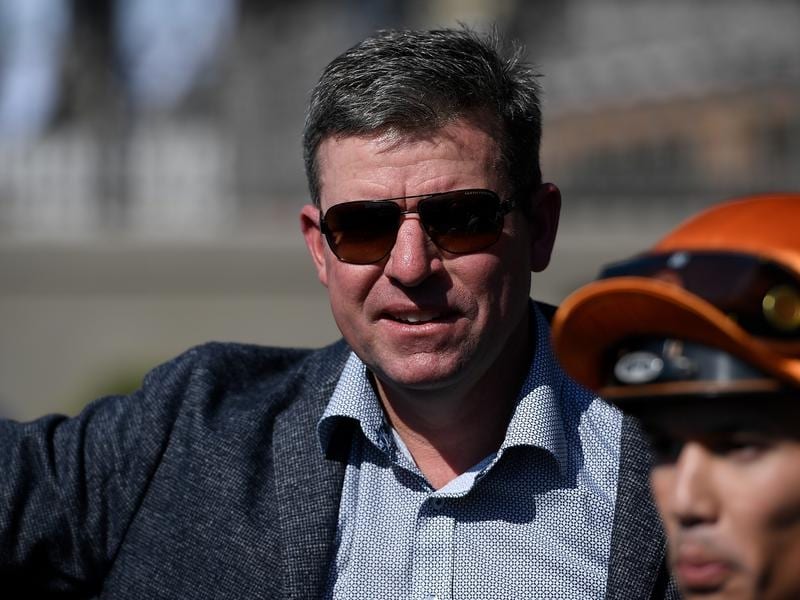 Trainer Stuart Kendrick has big plans including the Victoria Derby for Eric The Eel.

Victoria Derby hopeful Eric The Eel is ready to trial in the first step to what could be a big spring for the gelding.

Eric The Eel, who takes his name from Olympic swimmer Eric Malonga from Equitorial Guinea, was one of Queensland’s better-performed two-year-olds last season winning two races and emphasising his ability when fifth in the Group One J J Atkins (1600m) at his last run before a spell.

Trainer Stuart Kendrick is not one to get carried away with his horses but he does not hide his hopes for Eric The Eel.

“I plan to run him in the barrier trials at the Sunshine Coast next week and then map out a full spring campaign for him,” Kendrick said.

“At this stage the (Group One) Spring Champion Stakes in Sydney is in pencil. It looks an ideal stepping stone before heading to the Victoria Derby in November.

“He gives every indication he will stay and I think in the winter he showed he has some class. He had to come from last in the J J Atkins.”

Kendrick said he was confident Eric The Eel should have finished in the first three in the J J Atkins.

“Some pretty good judges agree with me he had no luck at all,” he said.

“There are big raps on a couple of the horses out of the J J Atkins and I don’t think we are that far off them.

“For all that you have to see how young horses come back after a spell. You live in hope and that is what we are doing.”

Another of the stable’s three-year-olds, Star Of Michelin, was found to have heart arrhythmia after finishing fourth at Eagle Farm on Saturday.

He will be sent for a spell but Kendrick also saddled the winner Don’t Waiver who will have at least one more run this campaign.

“We have some really nice three-year-olds so I am looking forward to this season,” Kendrick said.