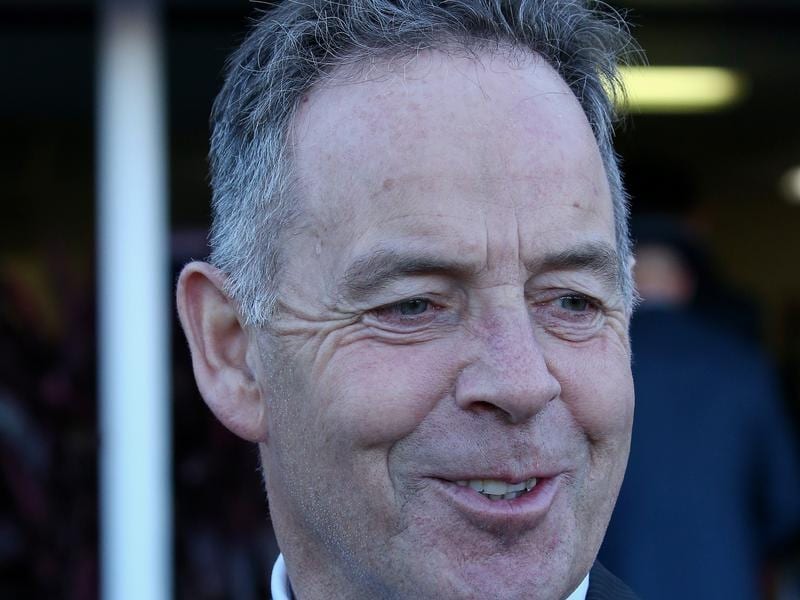 Irish-bred Never No More will have his first start for new trainer Simon Morrish at Caulfield.

Ballarat trainer Simon Morrish is expecting the use of glue-on shoes to have a positive effect on Never No More when he runs at Caulfield.

The Irish-bred Never No More has his first start for Morrish in the Neds Same Race Multi Handicap on Saturday.

Never No More started his career with Aidan O’Brien in Ireland and came to Australia for the inaugural running of the Golden Eagle at Rosehill last November, finishing 14th to Kolding.

The OTI part-owned galloper was transferred to Lindsey Smith at Warrnambool and after two starts found his way into Morrish’s yard.

“He’s well-travelled and a glorious-looking horse, a real rooster, and the only reason I got him is Lindsey has had a few little issues with him and thought he might like being trained on the uphill track.

“We’ve put a set of blinkers on and tried and reinvent the wheel with him.”

Usually a no-no when it comes to form assessment, Morrish says the addition of glue-on shoes might prove the missing link for Never No More.

Morrish said Never No More had been in his care for eight or nine weeks, had won a couple of trials against “moderate” opposition and thought the 1400m journey was suitable.

“I’m going there hoping, with some degree of expectation,” Morrish said.

“I think the soft track suits and he doesn’t look too badly weighted.

“Our farrier has done a wonderful job with his feet and I see the glue-on shoes as being a real positive.

“I have a theory that these European horses never see a paddock and I wonder if their feet ever develop properly.

“That’s what we’ve had to deal with and I think we’ve got them sorted.”