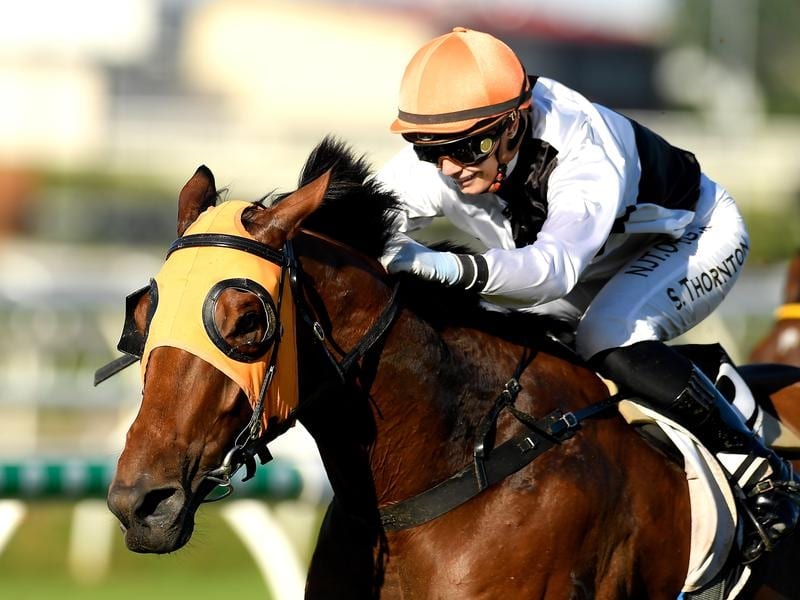 Star Of Michelin will be out to ice trainer Stuart Kendrick’s season with a Winx Guineas victory.

Enigmatic galloper Star Of Michelin can confirm a watershed season for trainer Stuart Kendrick if he wins the Group Three Winx Guineas at the Sunshine Coast.

Kendrick has been among the top trainers in Queensland since moving from Mackay to the Sunshine Coast eight years ago.

He has been in the top-10 metropolitan and Queensland trainers for all but one of those years.

This season he has moved to a new level.

Kendrick is third in the Queensland premiership with 87 wins and is fifth in the metropolitan title with 33 wins.

There is one thing Kendrick loves and that is to win races on his home track at Corbould Park.

He has 49 winners there this season and is 26 in front of second placed Tony Gollan meaning he will win his seventh straight Sunshine Coast trainers’ premiership.

The Winx Guineas is the Sunshine Coast’s most important race and Kendrick would love to win it for the first time.

He has no doubts Star Of Michelin can provide him with that success.

“He is the highest-rated horse in the race by four points so he is well in at the set weights,” Kendrick said.

“Star Of Michelin had a couple of ordinary runs at Doomben but once he got back on the big Eagle Farm track last start it was a different story.

“He really likes to wind up and run home. He just isn’t the same horse at Doomben.”

Star Of Michelin has twice suffered from arrhythmia in races but had undergone several extensive tests to get an all-clear.

He showed no ill effects when a storming winner at Eagle Farm last Saturday and Kendrick believes he is ready to back up this week.

Knight Mariner has won his past two starts in restricted class and Gollan admits it is a big step up in class.

“We gelded him and gave him a four months spell which has been the making of him,” Gollan said.