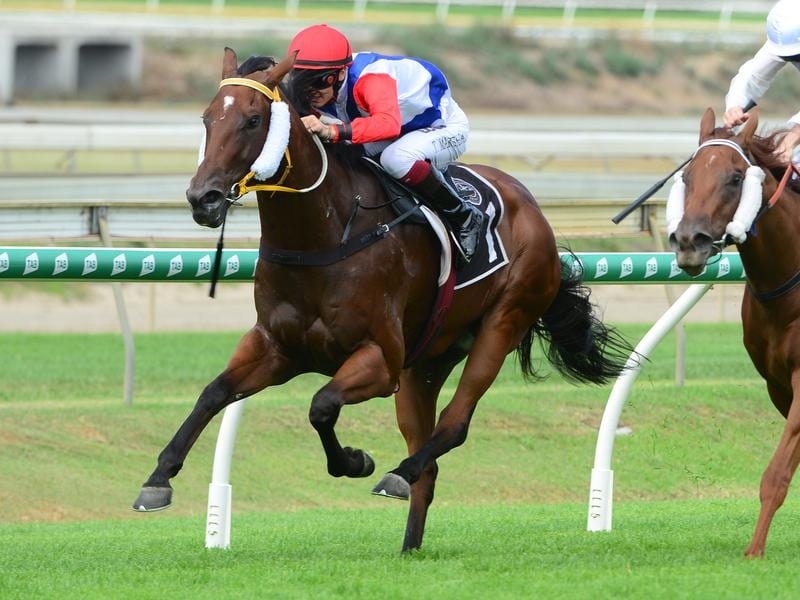 Mishani Hustler will have his first start for new trainer Les Ross in a Listed race at Doomben.

Ross has been a long-time trainer for Mishani Hustler’s owner Mick Crooks but the gelding has been with Toowoomba’s Ben Currie for his career to date.

But with Currie’s nominations being refused by Racing Queensland as he faces several inquiries, Mishani Hustler was one of 26 horses moved by various owners to other trainers this week.

It meant Ross was able to nominate Mishani Hustler for the Listed Queensland Day Stakes (1350m) at Doomben on Saturday.

Mishani Hustler is one of Queensland’s best performed three-year-olds having won seven of his 12 starts and earned $586,000 prize money.

One of those wins was in the The Ruby Jewel Plate at Doomben in March when he beat Defence Missile who is trained by Ross and owned by Crooks.

Defence Missile has since franked the form by running second in the Group Three Gold Coast Guineas.

“Jeff Lloyd rode Defence Missile at Doomben and he thought he had Mishani Hustler covered the whole way up the straight,” Ross said.

“Jeff was amazed he couldn’t run Mishani Hustler down and it emphasises to me how good he is.”

Mishani Hustler has shown he is up to stakes class with a second to Zousain in last year’s Group Two Champagne Classic at Doomben.

The gelding has been nominated for the Group One Stradbroke Handicap on June 8 but if he doesn’t measure up to that class, he will chase lesser three-year-old races in the winter.