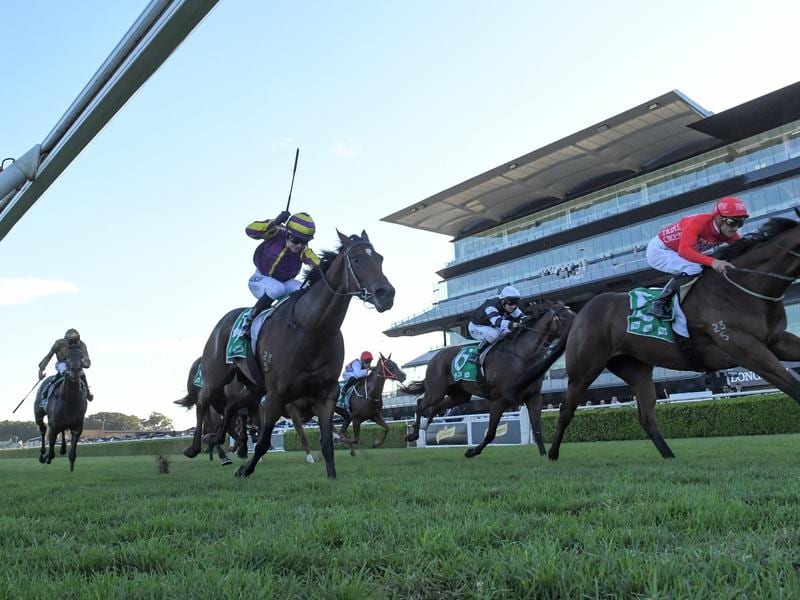 Bare Naked Lady (left) will be one of two runners for trainer Tracey Bartley in the Scone Guineas.

Wyong trainer Tracey Bartley will take on the might of some of Sydney’s biggest stables when he starts two runners in the feature $300,000 Inglis 3YO Guineas at Scone.

With a relatively small team of 16 horses, Bartley has done a tremendous job to get both Bare Naked Lady and McCormack to Saturday’s 1400 metre-race.

“The horses have both been set for it,” Bartley said.

“It’s good to get the two three-year-olds there. We own part of Bare Naked Lady so we’re very excited for her and she’s been good to us so far already.”

Bare Naked Lady was a first-up third at Wyong after bugling the start then raced on the speed over 1200 metres at Randwick and fought back gamely for second to Charretera.

Bartley is confident she can cope with the distance rise on Saturday, particularly with two runs under her belt.

“She’s had a couple of runs to toughen her up and her run the other day in town was good,” Bartley said.

“She’s spot-on, I can’t have her better. I think it will take a good horse to beat her.”

McCormack has not raced since he finished down the track in the Provincial Championship Qualifier at Wyong on March 30.

Bartley has deliberately kept him fresh and tuned him up for Saturday’s feature with an exhibition gallop between races at Newcastle last weekend.

“We freshened him up and he had some time at home here,” Bartley said.

“He races really good fresh, that’s why we’ve gone that way with him.”

Bartley also has In Good Time in the Listed Ortensia Stakes and will decide on race morning whether she takes her place from barrier 15 or waits another week for a mares’ race in Brisbane.