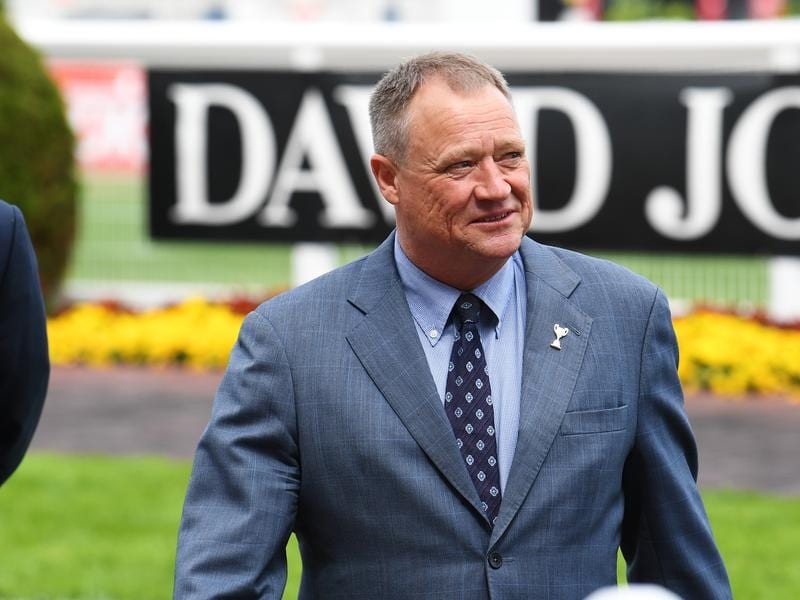 Trainer Tony McEvoy has forgiven Grand Scholar her last run and will try her again at stakes level.

Things did not go to plan for two-year-old Grand Scholar first-up in Adelaide but trainer Tony McEvoy is convinced that result is not a true reflection of the filly’s ability.

McEvoy will start Grand Scholar in another stakes race on Saturday, this time in the Listed Vale Redoute’s Choice Stakes (1200m) at Caulfield where the filly will be striving to break through for a win at her third start.

Grand Scholar was third in the Listed Maribyrnong Trial Stakes at Flemington last October on debut in Melbourne’s first two-year-old race of the season.

She made her return in the Group Three Breeders Stakes (1200m) in Adelaide on April 27 but faded in the final 200m to finish fifth after being forced to work to find the lead on the rail.

“She just drew awkwardly and came out and then the horses inside appeared to Barend Vorster that they weren’t going to be going forward so then he pressed,” McEvoy said.

“As soon as he pressed forward they pressed and she just worked too hard for the first 400 or 500 metres of that race.

“She went into it on the back of only one trial and it just gassed her. She just needed a more conservative run and she was just out on her feet late.

“I just put a complete line through the run.”

McEvoy says Grand Scholar has come through that race well and from barrier two he expects the filly to have a more economical run.

“I ran her in a stakes race in her first career start so that suggests what I thought of her and she’s actually improved and got bigger and stronger,” McEvoy said.

“She is a stakes-class filly and she has come out of that first-up run well, so I thought we would give her another chance at this level and obviously she will be ridden more conservatively in this race.

“She will be ridden patiently and look for her to be finishing the race off strongly.

“I like to run my horses where I think they can be really competitive and I wouldn’t be running her just to make up the numbers, I’d be going to a maiden.

“I’ve got a lot of time for her and that’s why I’ve decided to stay aggressive and run her in this race.”