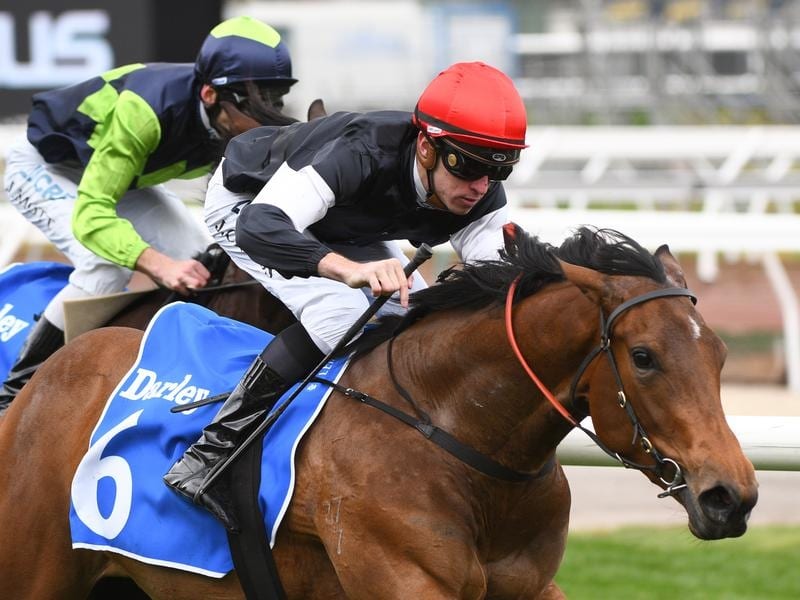 Trainer Grahame Begg isn’t one to rush his two-year-olds but the first time he galloped Mildred, the filly showed she was a ready-made racehorse.

So Begg had no hesitation running Mildred in the opening two-year-old race of the season, the Darley Spring Preview (900m) at Flemington on Wednesday.

Mildred joined Begg’s stable at the start of August and she came third in her first serious gallop, an 800m trial at Cranbourne on September 17.

Another gallop on Saturday morning convinced Begg to roll the dice.

Ridden by Jordan Childs on Wednesday, Mildred ($12) scored by a short neck from Divine Caprice ($8.50), with Cut It Out ($5) three-quarters of a length away third.

Begg said Mildred was broken in at Hawkesbury by Matt Vella, who educates a number of horses trained by Peter and Paul Snowden along with China Horse Club.

Begg said he expected his father would need to outlay more than the $45,000 he paid for the filly as a yearling.

“Her mother was very talented and I said to my father, ‘You won’t be able to afford to buy this filly’, but he hung around, waited and got her for $45,000.

“Anyway, good luck to them. They’re up in Sydney and they’ll be over the moon.”

With limited work before Wednesday’s debut, Begg said he would monitor Mildred with a view to starting her in the Inglis Banner at The Valley on Cox Plate day.

“She’s eligible for it but if she tells us at any stage she’s had enough, we’ll put her away,” Begg said.

“The nice thing is she’s done it on her ability alone.”