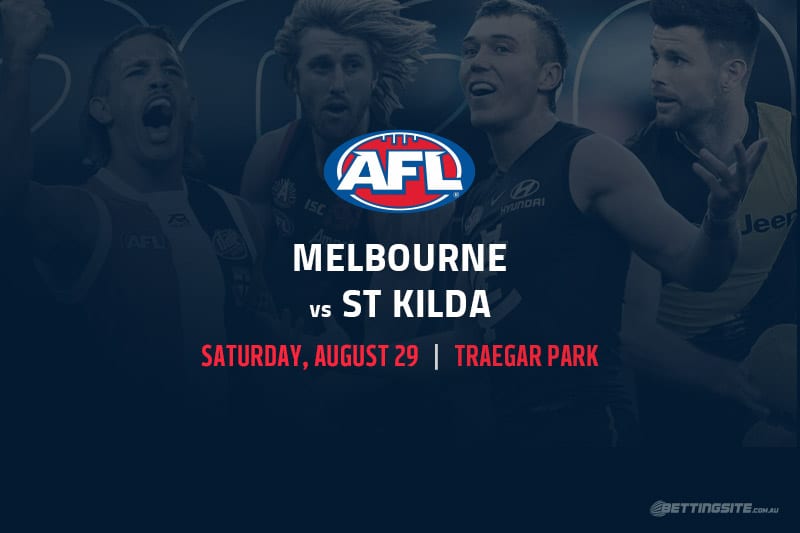 The whirlwind 2020 AFL Premiership season greets Alice Springs for the first time on Saturday night as the ninth-placed Melbourne Demons face the sixth-placed St Kilda Saints. Both sides had a chance to push their contender status last week, and both came up short. St Kilda are faced with a tricky run home in the last few weeks, so this is a must-win game as the Saints aim to break their nine-year finals drought. Melbourne look set to welcome back captain Max Gawn in a welcomed boost for their midfield as they search for a way back into the top eight.

Despite falling just short against the Brisbane Lions last week, this seems a good matchup for the Saints in all departments. Of particular interest is the ruck contest, where Rowan Marshall and Patrick Ryder will take on the returning Gawn and potentially Braydon Preuss. In the forward line, the ever-improving Max King will look to capitalise on his promising recent form with the help of Dean Kent, Dan Butler and Jack Billings swarming at his feet for any opportunity that may come.

He had a slow start to his Melbourne career, but Steven May has stepped up in a big way in 2020. Averaging 15 disposals a game this season, May has been the go-to option for Melbourne on kickout duties. For the punters’ sake, we hope that stays the same on Saturday night and the former Sun can continue his promising form.

Butler is in career-best form since his move to the Saints and leads their goal kicking for season 2020 with an average of nearly two per game. Having kicked 11 goals in St Kilda’s last six games, the former Tiger will want to push his case for All-Australian selection with a standout performance on Saturday night. We’re not sure the Demons have a set-in-stone matchup for Butler, as the likes of Christian Salem and Michael Hibberd are more rebounding backmen than shut-down defenders.