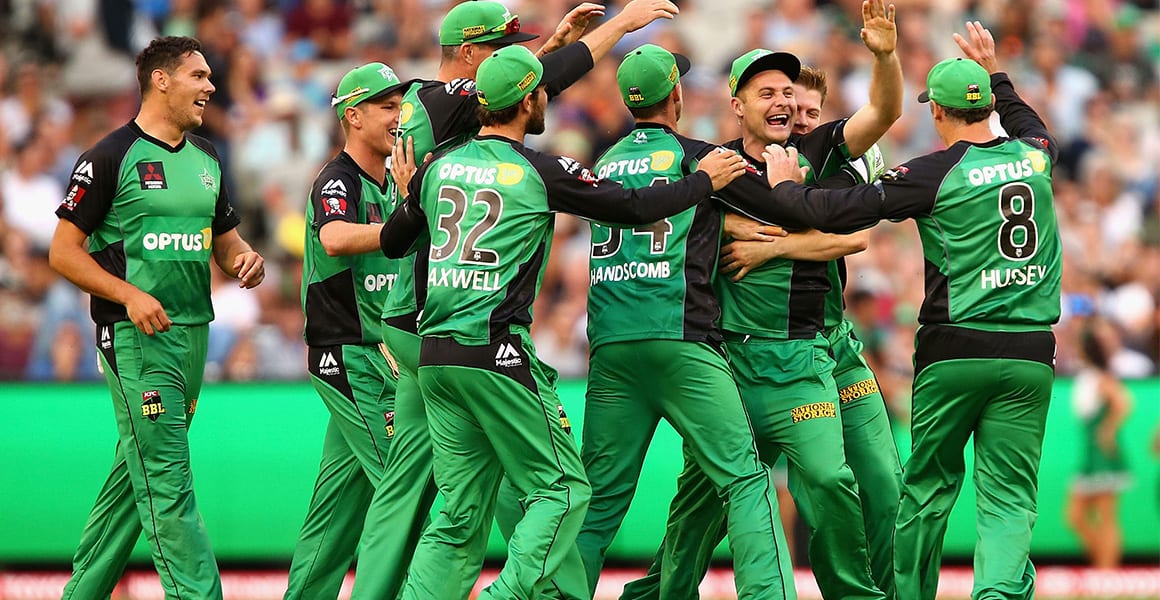 There is no bigger BBL betting match than the clash between the Melbourne Stars and Renegades, who battled in the most recent BBL final, where the Renegades made history with their first championship. The rematch of last year’s famous final will take place at the mighty Melbourne Cricket Ground, where the Stars play their best cricket. Bettingsite.com.au previews the big game.

Both of these clubs have played five BBL9 matches, but their results could not be more different. The Stars sit atop the standings with four wins, but it has been a poor season for the Renegades, who have lost all five of their encounters.

Most of the Stars and Renegades players will use this match as a launchpad before they head over the India in the upcoming Tour of India 2020, where multiple players for both sides will take a break from the Big Bash. Regardless of the past results and current form, this match will go down to the wire and be a highly skilled contest between these bitter rivals.

Currently standing as the second best runscorer in BBL9 after five innings, Marcus Stoinis is leading the way for the Stars with an average of 53 runs per innings. Stoinis has previously dominated against the Renegades and will in the thick of the action this Saturday. The Renegades have suffered this season with a mediocre bowling brigade, which Stoinis will tackle head-on.

Although Harper has only made 110 runs from his five innings, he is one of the purest hitters of the ball, with a massive strike rate of 152.78. If Harper can manage to not get caught from a mistimed hit, he can damage the Stars with his powerful and quick action. Harper found good form in his most recent match where he made 45 runs off 24 balls, where he was the top runscorer for the Renegades.

Spin has troubled the Renegades in the past and could easily be their downfall again, as Adam Zampa is in very good form. Zampa has a bowling average of 18.57 and has taken seven wickets in the tournament, making him one of the most dangerous spinners going around. The likes of Aaron Finch and the middle order have been shaky all season, making them perfect targets for the bouncy Zampa.

Richard Gleeson is statistically one of the least dangerous bowlers in the BBL, making him a surprise pick to steal a cheeky wicket. For the price of $1.35 we think Gleeson is a very good selection, as his pace is nothing to underestimate. If the Stars batsmen see Gleeson as free runs, they could easily fall to his erratic placement.

Back in the Stars to deliver the sixth loss to the Renegades at the MCG, as they simply have too many powerful batsmen. The pressure has gradually built over the men in red after each consecutive loss, leading us to believe they will find it too hard to beat the top-of-the-table Stars.