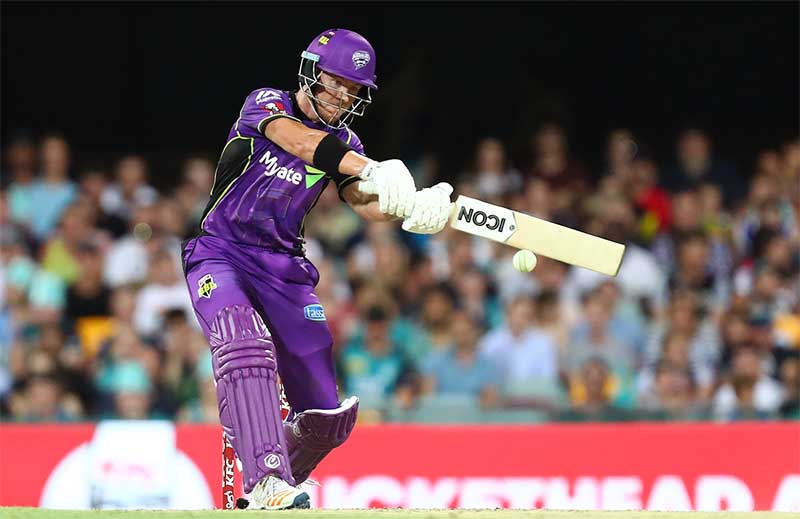 Two of the most popular BBL sides will face off at Blundstone arena on Friday night as the Hobart Hurricanes host the Brisbane Heat.

The Heat are coming off one of the worst Big Bash League batting performances in recent times, after only making 109 at Metricon Stadium against the Scorchers.

A rain interrupted affair against the Melbourne Stars has given the Hobart Hurricanes a bad taste, with this contest shaping up to be where they can vent their anger. Both teams are on the lower half of the BBL9 Standings, making this match a must-win.

Strap yourself in and get ready for what could be a big night of BBL action when the Canes host the Heat, here are our tips.

There are not many batsmen in the BBL that can stand toe-to-toe with D’Arcy Short when it comes to pure batting ability. D’Arcy Short looks comfortable at the crease regardless of the situation ahead of him, allowing him to go far in most of his innings. Short enjoys the field dimensions of Blundstone Arena and will make a large total against the Heat.

Coming in to bat at three and four are possibly the hardest roles in T20 cricket, as the expectations are very high of such players. Only the most capable are able to do the job well, and Matt Renshaw has shown tremendous improvement in his craft. No Brisbane Heat player can say they had a good innings against the Scorchers, but Matt Renshaw is our choice to bounce back the best out of the lot.

To have taken eight wickets after four matches is a great accomplishment, and Riley Meredith is just warming up. Considering one of his four innings was only a seven-over contest that ended via the DLS Method, Meredith’s numbers are better than you would have thought. If he can bowl his full four overs and have a crack at the bottom order, you can see the fast bowler taking much more than just two wickets.

Josh Lalor 2+ wickets @ $2.25 with BetEasy
As we have mentioned many times in the past, the Brisbane Heat’s bowling brigade leaves much to be desired, as there is no single player that stands out from the rest. Josh Lalor has the pace and erratic variability to sneak a couple of wickets against the Hurricanes. It is very unlikely that any Brisbane Heat player will take three or more wickets this season.

Hobart Hurricanes to Win @ $2.16 with Sportsbet

Many BBL fans and pundits are slightly underestimating the Hurricanes this season, and they loom as a possible futures-bet at this point in time, as Sportsbet have them priced at $11 to win the tournament. If the middle order can perform well enough, the Hurricanes can beat any side, as that’s the one area they fall short.