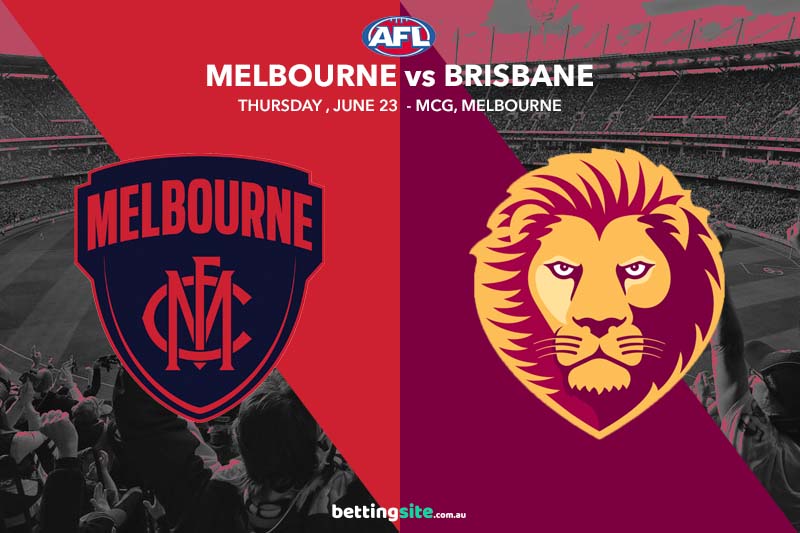 The top two teams on the 2022 AFL ladder with square off this Thursday night at the MCG, as the Melbourne Demons host the Brisbane Lions in a monstrous contest.

The Melbourne Demons have lost their last three matches on the trot and need to find a way to get back on the winner’s list, however they come up against possibly their toughest opponent yet.

Chris Fagan’s Brisbane Lions have lost two of their last four and must steady the ship heading into the backend of the season, and they could be in for a treat against an undermanned Demons outfit.

Max Gawn has been one of the most consistent performers for the Demons during their recent success, but the All-Australian ruckman has been ruled out for the next month with an ankle injury.

Steven May will make a much-needed return to Melbourne’s backline, which could be the difference in the team’s form as the Dees lost all three matches May was absent.

Both sides will be fresh after their bye round last weekend, which should have been enough time for Dayne Zorko to overcome his hamstring hiccup he suffered in round 13.

Two of the favourites in this year’s Brownlow Medal race will take centre stage this week, and you have to watch them both very carefully on gameday. Both Clayton Oliver and Lachie Neale have been fantastic this season and continued to build upon their past form, but who will stand up this Thursday night?

Clayton Oliver is coming off a very classy Queen’s Birthday contest, which saw him awarded the Neale Daniher Trophy after been deemed best afield, while Lachie Neale is extremely consistent and does not miss a beat at the stoppages. Oliver has more potential to damage on the outside, but both players are worth looking at in the disposal betting markets with any online bookmakers.

Brisbane Lions 1-39
The Demons have not looked this vulnerable since their return to the top echelon of the competition, which is enough for us to back in the visitors at the MCG. The return of Steven May will be critical, however he will have his hands full with an in-form Joe Daniher and the athletic Eric Hipwood, while the loss of Max Gawn will be too tough for the Dees to handle.

Charlie Cameron 3+ goals
One player who loves this matchup is Charlie Cameron for the Lions, who has kicked nine goals across his last three games against Melbourne. Charlie has kicked a goal in each game so far this year and also kicked a very impressive bag of five in the qualifying final loss to the Dees last season. Lock in the gun small forward to pressure hard and convert his chances this Thursday.

The Brisbane Lions currently sit on top of the ladder and will remain there for at least one more week. Charlie Cameron will help his Lions get the win over the Dees, but Clayton Oliver will make it a close contest after he dominates in the middle.