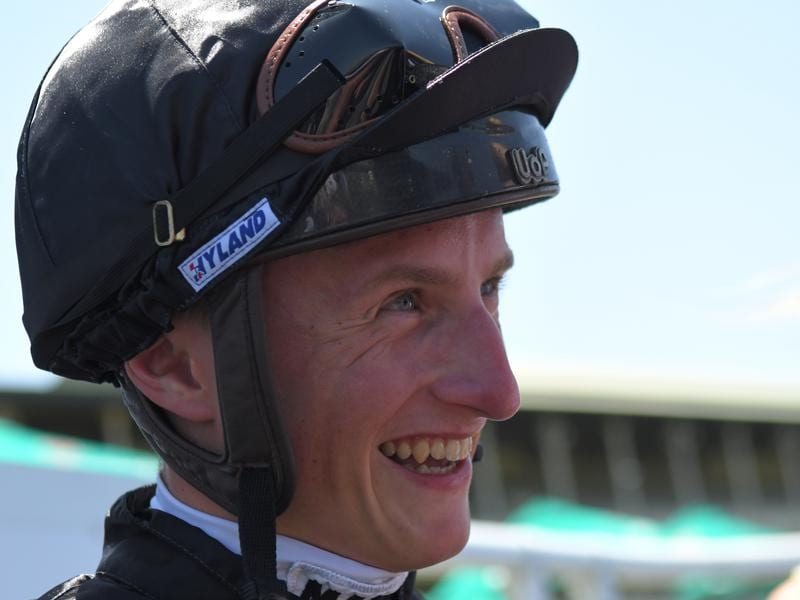 The race morning scratching of odds-on favourite Cellsabeel has paved the way for in-form jockey Tom Marquand to land his biggest payday, winning the $2 million Inglis Millennium aboard Prime Star.

The 1100-metre feature was added to the Wednesday program after its scheduled Saturday timeslot was washed out.

There was drama pre-race with Fayerra and Slice Of Heaven both late scratchings at the barriers but at the finish it was Marquand and Prime Star ($18) who held the aces.

A $55,000 Classic sale purchase, Prime Star overhauled a brave Bella Nipotina ($8.50) by a half neck with luckless Victorian Larimer Street ($19) another three-quarters of a length away.

“To be fair, it was in the lap of the Gods today as to what handled the ground,” Marquand said.

“Credit where credit’s due, they brought the horse here and were ballsy enough to give it a go and it’s paid off.”

The young jockey, who returns to England after he rides at Randwick on Saturday, revealed he was wishing he had brought his departure date forward after the Millennium meeting was postponed due to the rain.

“I was pretty annoyed on Friday and Saturday, thinking I should have called it quits while I was ahead,” Marquand said.

“Every cloud has a silver lining doesn’t it?”

“There’s not many ($2 million races) about in England.”

Michael Freedman, who oversees the majority of the training partnership’s two-year-olds, was surprised Prime Star started such long odds.

He said the win was a shot in the arm, giving him and brother Richard their biggest prize money win since forming a training partnership.

“For a $55,000 purchase last year, it’s just a big thrill for Richard and I and all the team back at home,” Michael Freedman said.

“We will have to rethink what we do with him from here. If he comes through today OK we will certainly look at some of the upcoming two-year-old races.

“He’s probably still a long way off getting into a Slipper or anything like that but there are lots of races for two-year-olds outside the Slipper.”

While Marquand is returning to his homeland this weekend, the jockey is expected to jet back to Sydney for the Golden Slipper where he is likely to partner Magic Millions winner Away Game.

“I’m planning a bit of a return around the middle of March, currently for a week but it may be a good bit longer, all being well,” Marquand said.

“There are some massive targets and while I’m getting the opportunities I may as well make hay while the sun shines.”