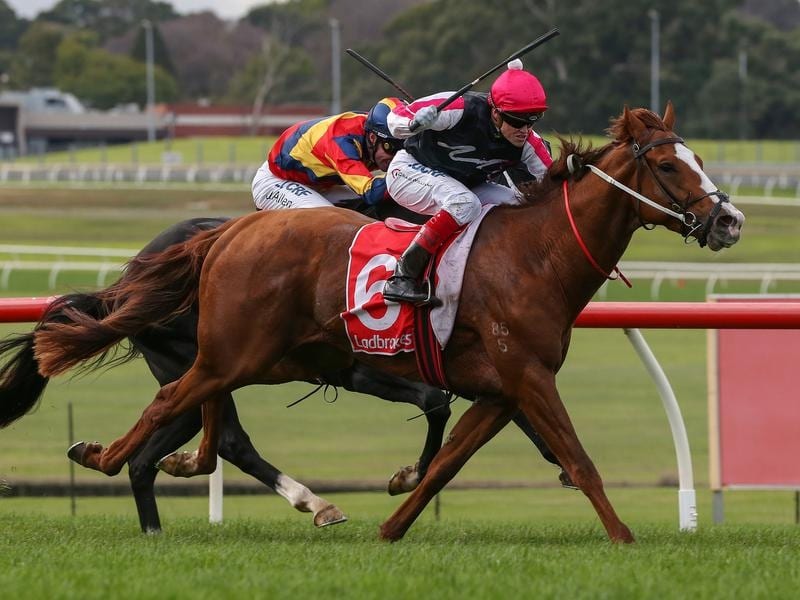 Morrissy can confirm a trip to the Magic Millions day on the Gold Coast when he runs at Flemington.

Troy Corstens believes Morrissy is unlucky not to have already already won this preparation but the trainer hopes that turns around at Flemington where the horse will press his claims for a trip to Queensland.

Four-year-old Morrissy has two placings from his three starts this campaign including what Corstens describes as a very unlucky third at The Valley on November 30 in benchmark-78 grade at his most recent outing.

Corstens, who trains in partnership with his father Leon, has Morrissy nominated for two races at Flemington on Saturday and one at Eagle Farm in Brisbane.

He said the four-year-old would run in the 1400m benchmark-84 at Flemington in which he will be joined by stablemate Mamzelle Tess.

Next month’s $1 million Magic Millions Cup (1400m) at the Gold Coast is the race Corstens is aiming at with Morrissy.

“That has been a long-term plan,” Corstens said.

“He probably should have had two wins from three starts this preparation.

“He’s been a bit unlucky in two of his runs so hopefully we can put that to bed on Saturday and get a good win.

“I’m really pleased with him and I think the big, wide open, spacious track of Flemington should really suit him.”

Morrissy has registered three wins and four placings from his 11 starts and Corstens is convinced the best is still ahead.

Fellow Corstens-trained Titan Blinders will be chasing back-to-back wins early in his preparation when he runs over the straight 1200m at Flemington for the first time in Saturday’s benchmark-70 race.

Titan Blinders won in the same grade over 1100m in his return from a spell at Ballarat on November 23 and apprentice Lachlan King will claim 2kg from the gelding’s 62kg impost on Saturday.

“He’s come back bigger and better this time around,” Corstens said.

“I’m a little bit sceptical about whether he’s going to handle the straight but I think he should.

“It’s one of those things, the straight, that they get it really right or really wrong. Hopefully he gets it right.”