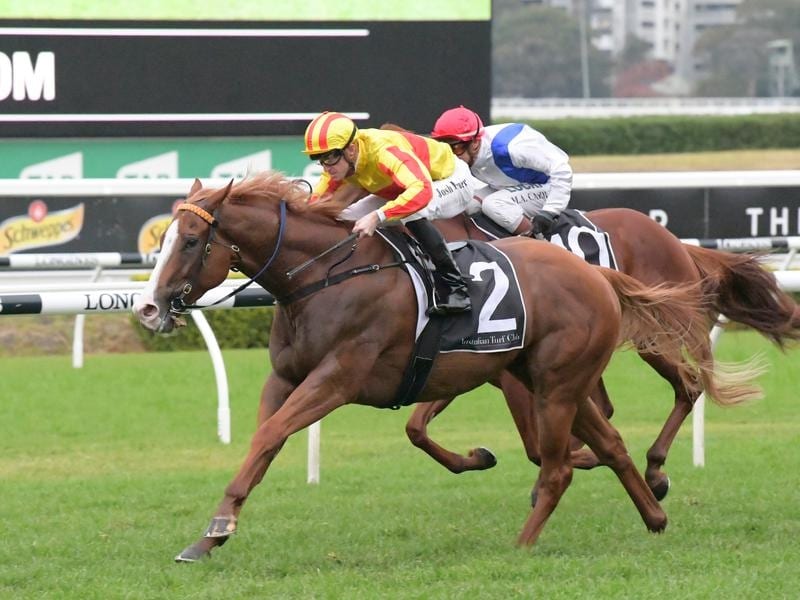 Villiers Stakes favourite Quackerjack has done well in the lead-up to the G2 summer showpiece.

A long-range plan with Quackerjack comes to fruition in the Villiers Stakes although trainer Mark Newnham admits the four-year-old will carry more weight then he envisaged.

The favourite for Saturday’s Group Two summer showpiece over the famous Randwick mile, Quackerjack has 56kg.

Newnham thought he would get about 2kg less and booked Rachel King with regular jockey Josh Parr unable to make the lighter weight.

“It’s unfortunate for Josh but we have to book jockeys so early now.”

Quackerjack goes to the Villiers off two runs this preparation, a win in the Goulburn Cup (1400m) and second in the $1 million The Gong (1600m) on November 23.

“He is in good shape and he is holding his form,” Newnham said,

“This has been a plan six months in the making and it would be great if he could win the Villiers.

“It would have been nice to win the million dollar race on the way as well but the barrier (11) beat him.”

The winner of the Villiers gains an automatic berth in the Doncaster Mile in April.

“If he can win the Villiers then you would think he would get into the Doncaster on a light weight,” Newnham said.

“He ran second to Kolding earlier this year so that’s good form.”

The Chris Waller-trained Kolding won the Group One Epsom Handicap and $7.5 million Golden Eagle during the spring.

Before Saturday, Newnham will head to Wyong where Every Rose will be out to cement her favouritism for next month’s $2 million Magic Millions 2YO Classic on the Gold Coast.

The Gimcrack Stakes winner is the favourite for Thursday’s Magic Millions Wyong Classic (1100m) with King to ride.

“Thursday is the starting point.

“We’ll see how she goes and depending how she comes through the race whether she needs to race again before the Gold Coast or just has a trial.”