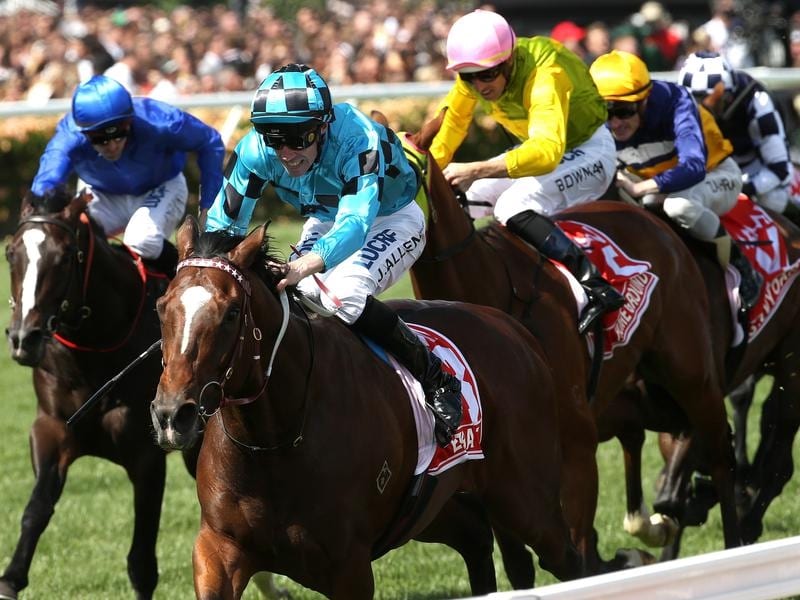 Extra Brut (blue/blk), winner of the 2018 Victoria Derby, has died after an accident in Hong Kong.

Victoria Derby winner Extra Brut has died in Hong Kong after being injured in an accident on a walking machine.

The Group One-winning horse had been scheduled to have a barrier trial at Sha Tin later on Tuesday morning.

Extra Brut raced nine times in Australia for four wins and two placings, highlighted by his victory in the 2018 Group One Victoria Derby (2500m) at Flemington when trained by Darren Weir.

Along with his Derby triumph, Extra Brut also won the Listed UCI Stakes at Flemington in October, 2018.

He raced twice earlier this year for co-trainers Ciaron Maher and David Eustace before the colt was sold to continue his career in Hong Kong.

The four-year-old had recently made his Hong Kong debut, finishing third in the Chevalier Cup level over 1600m at Sha Tin on November 23.