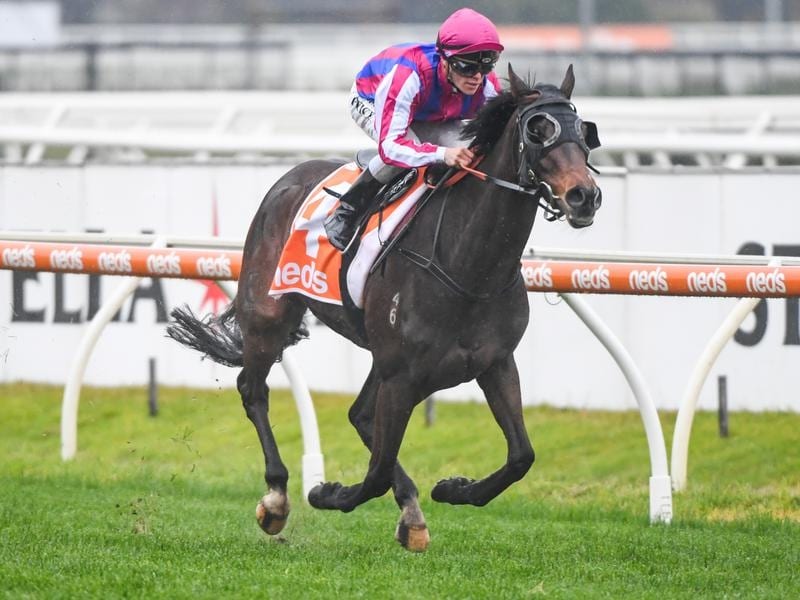 Lord Bouzeron has made a successful introduction to Australian racing with a dominant victory against his own age on rain-affected going at Caulfield.

Having his first Australian start and first for Cranbourne-based trainer Francis Finnegan, after notching three wins from 13 appearances in New Zealand, three-year-old Lord Bouzeron led Saturday’s Neds Handicap (2000m) before making it a one-act affair in the home straight.

Lord Bouzeron ($14) revelled in the wet conditions to score by 4-1/2 lengths over Queen Of Tarts with Tooradin another 1-1/4 lengths away third.

The victory was a first Saturday metropolitan winner for 20-year-old apprentice Will Price, son of Group One-winning jockey Simon Price, and he said it meant a lot.

“Hopefully some nice rides keep coming my way and hopefully I can keep making the most of them,” Price said.

“That’s definitely one box to tick off, getting my first Saturday metro winner so it was a really good feeling going past the line.”

Price said it was a good training performance from Finnegan, getting Lord Bouzeron to win over 2000m in his first start since March.

“I didn’t expect him to have that much speed but he jumped and grabbed the bridle straight away which was good and he just cruised along at his own pace,” Price said.

“He put them to bed quite early on the corner and he was really strong.”

“He was going to come here earlier for more of the three-year-old staying races but we weren’t able to with the restrictions around COVID and travel,” Finnegan said.

“He beat older horses in New Zealand and I think he’s a mile-and-a-half horse but I’m not certain yet how high in quality he can reach.”