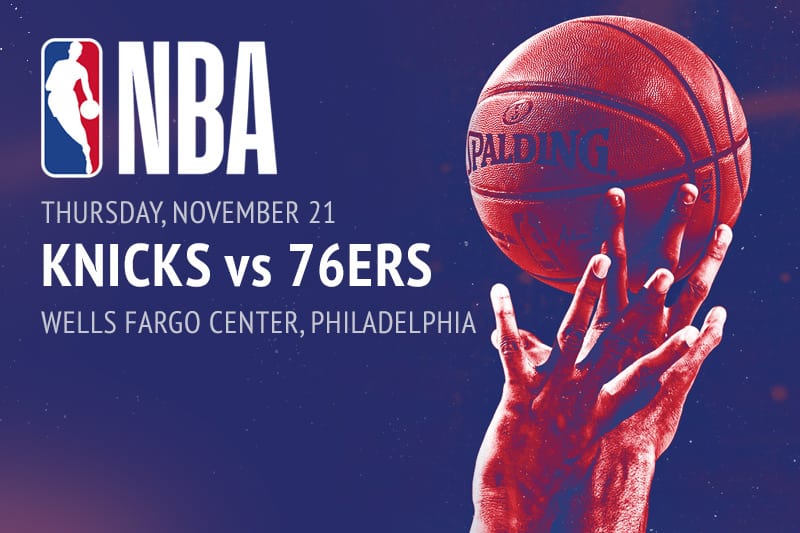 Tipoff at 11am AEDT

One of the biggest rivalries in the NBA Eastern Conference is between the Philadelphia 76ers and the New York Knicks, who will battle in Philly this Thursday.

Ben Simmons and the 76ers have started to get the ball rolling this season after injuries and new additions to the team slowed them down in the opening few weeks.

RJ Barrett and the Knicks are improving slightly with each performance, with a recent win over Cleveland an excellent confidence boost for the roster.

It has become clear as day that Philadelphia have issues on offence, with Simmons still not shooting three-pointers and the absence of JJ Redick proving costly, but Joel Embiid and Josh Richardson are slowly finding rhythm from beyond the arc.

The back-court for New York has seen better days, but as Julius Randle scores the ball well, that area will fix itself.

Barrett could miss this match with a sprained left thumb, which would give Smith Jr and Kevin Knox more minutes off the interchange.

Ben Simmons 8+ rebounds @ $2 with BetEasy
In the four matches where Ben Simmons has faced the Knicks, he has averaged over 10 rebounds. Simmons has been pulling down more rebounds lately due to Al Horford and Joel Embiid’s excellent boxing out, allowing the tall guard to swoop in. Simmons had 11 rebounds against OKC a few days ago and could have a strong outing in the paint against the Knicks.

Julius Randle over 16.5 points @ $1.88 with BetEasy
Julius Randle has scored more than 16 points in four of his last five matches, including a 30-point performance against the Cavaliers. Randle is excellent when backing up to the rim, giving himself space to push off and bully his defender. If the Knicks play Randle when Embiid sits off, he could rack up a large total in this match.

Joel Embiid 2+ blocks @ $2.25 with BetEasy
As one of the Defensive Player of the Year candidates, Joel Embiid has averaged nearly 1.5 assists per game on the season. When the small Knicks guards try to shoot over the giant, he will get his hands on a few blocks. Embiid had a four-game stint where he recorded seven blocks, so there is no denying his defensive prowess in the paint.

Philadelphia 76ers to win by 11+ points @ $1.66 with Sportsbet
The 4-10 Knicks have not enjoyed their road games this season, going 1-6 away from home. That statistic is the key factor for taking the big victory for the Sixers, who are currently undefeated at home in four outings. If all the Philly starters can fire from the floor, the Knicks defenders will crumble and leave enough holes for Simmons and Embiid to dominate the key.