Australians are spending more on keno, according to the latest statistics on gambling.

The Queensland government released the 33rd edition of the Australian Gambling Statistics on Wednesday, reporting a 4.8 percent increase in the amount Australians are spending on keno between 2014-15 and 2015-16.

On average, Australians are now spending $18.61 per person on keno, however, this does not include Western Australia where the game isn’t offered.

We take a look at the keno spending habits of Aussies, on a state by state basis, for the 2015-16 period, below. 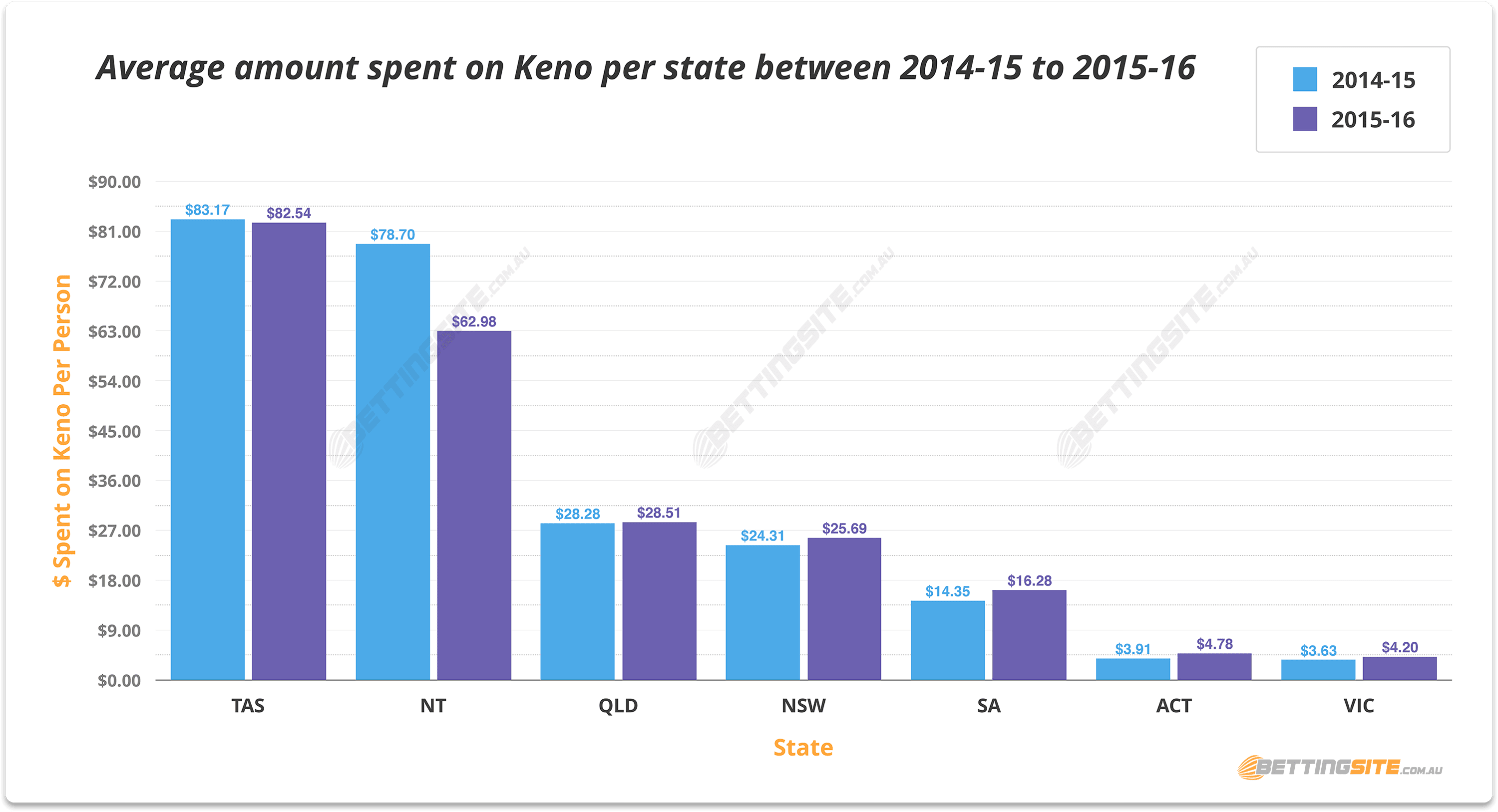 The increase can be attributed to the NSW Minister for Racing approving the state joining the Keno Jackpot Pooling Agreement with NSW and Vic.

But players are sticking to just a few games, with the state reporting an average of $4.78 spent on keno per person.

Despite the minimum spend, the total gaming revenue for keno in the ACT increased to $5.219 million from $3.953 million the year before, which we can again attribute to the keno expansion.

Although the QLD government amended the Keno Regulation 2007 to allow keno operators to conduct the game two hours after ceasing liquor sales, the amount Queenslanders spent on the chance game was only up by 2.3 percent.

However, players spent a little more than their Victorian counterparts, recording an average of $28.51 on keno per person.

Victorians spend a bit more due to linked keno jackpots

Victoria began operating keno linked jackpots with NSW, ACT, and Queensland operators in 2016, and it paid off with a 17.7 percent boost in gambling expenditure.

But they only spend an average of $4.20 per person on keno.

However, NT players still spent an average of $62.98 on keno per person, which was the second highest amount in Australia.

South Australians have become quite fond of keno all on their own, with no new changes to report and a 14.3 percent increase in gambling expenditure between the 12-month period.

SA players also spend an average of $16.28 per person on keno.

Keno in South Australia generated $112.907 million in total gaming revenue, which is up from $109.183 million in that same period.

Tasmanians spend the most on Keno in Australia

Tasmanians spent the most on the numbers game, with players spending an average of $82.54 per person for the financial year ending June 2016, which is down by 0.1 percent in 2014-15.

Tasmania did not report any keno gaming revenue for either period.

Want to play keno online? Lottoland offers online keno betting where you can wager on the outcome of the New York keno draw.