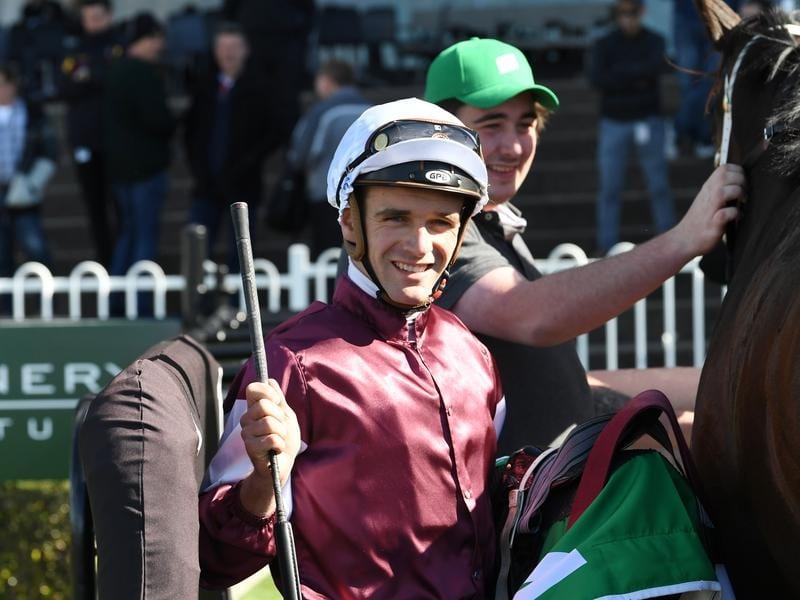 Prominent Sydney jockey Sam Clipperton has been banned on a running and handling charge.

Sam Clipperton will appeal a one-month suspension which will keep him out of major races over the Sydney spring carnival.

The jockey has been outed for his handling of Irish Songs in a race at Randwick on August 17.

Racing NSW stewards issued the stiff penalty on Wednesday after finding Clipperton guilty of four instances of not taking all reasonable and permissible measures to ensure Irish Songs obtained the best possible position in the race.

Their concerns centred on:

2: Between approximately the 350m and 250m, after Pandemic had shifted out to improve, he failed to ride his mount with sufficient vigour and purpose to improve forward and place Irish Songs in a more competitive position in the race

3: Between approximately the 250m and 100m, when a clear run was available directly in front of Irish Songs between All Cylinders and Making Whoopee he failed to ride his mount with sufficient purpose and vigour to improve into that run

They said as a result of those four factors, Irish Songs was not given full opportunity to win or obtain the best possible place in the field.

Irish Songs finished fifth of 10 runners and has subsequently run 10th of 13 in a midweek race at Warwick Farm.

Clipperton was outed from September 12 to October 12 which takes in the Golden Rose on September 28 and the Epsom Handicap meeting on October 5 which also features the Flight Stakes and Metropolitan Handicap.