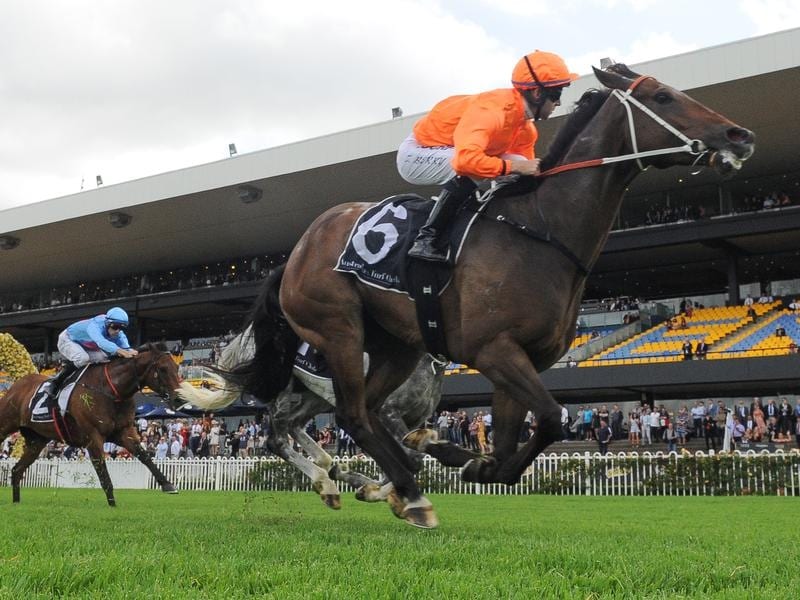 Melbourne jockey James Winks will ride at Rosehill where his mounts include Firsthand.

Victorian jockey James Winks has answered a call from Hawkes Racing to bulk up the riding ranks for the Civic Stakes meeting at Rosehill where he has three mounts for the top trainers.

A four-time Group One-winning jockey, Winks has a close association with the Hawkes training partnership in Melbourne and is happy to make the flying visit to Sydney where he has picked up a select book of rides.

“I obviously ride a lot for them in Melbourne. I’m sort of second behind Dwayne Dunn for them here, and they asked if I’d go up (to Sydney) for the day,” Winks said.

“I’m looking forward to getting up there Saturday. It’s different scenery, a different track, a couple of different horses and I’ve got nice rides which makes it worthwhile.”

Winks’ mounts are headed by Firsthand who is the $6 second elect for the Listed Civic Stakes (1350m).

The six-year-old has done his recent racing in Melbourne finishing a first-up third behind smart sprinters Order Of Command and Jungle Edge at Caulfield before a midfield effort at Flemington last start.

Winks has been aboard in both runs and expects the gelding to appreciate a return to Sydney where he has won four races.

“He’s back to Sydney where he’s probably performed best and he’s in a race where, if you take out the top weight (Deploy), it’s a very winnable race,” Winks said.

“Maybe the change of scenery back up to Sydney might spark him up a bit too.”

Winks will also link with Michael, Wayne and John Hawkes aboard Freehearted in the TAB.com.au Handicap (1200m) and Heart Conquered in the Everest Carnival Hospitality Handicap (1100m).

Heart Conquered is dropping in grade after a last-start fifth to the in-form Deprive in the Listed June Stakes and Winks expects him to be hard to beat if he gets luck from an awkward barrier.

“It’s a little bit tricky from the draw but he’ll roll forward and he handles the wet, so we’ll just hold onto him as long as we can and hopefully he can give a good kick late,” Winks said.

The jockey has also picked up the ride on Pumpkin Pie for co-trainers Richard and Michael Freedman in the final race.