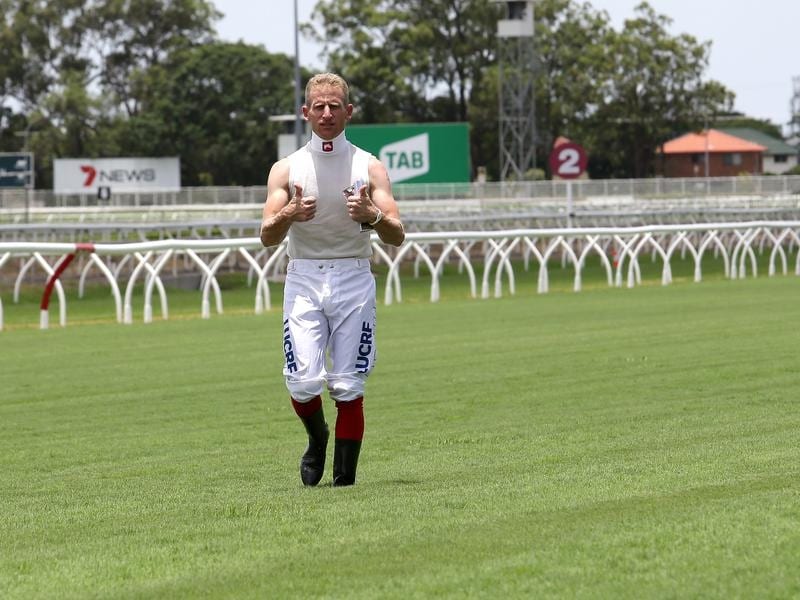 The best guide to Blue Comet’s chances in the Sunshine Coast Guineas is that his trainer Noel Doyle accepted with him in the Group Three race.

Bookmakers have Blue Comet at 100-1 Doyle believes he will be far from disgraced in a Guineas which seems to be down in class on recent years.

Doyle has a reputation for being astute and never accepting in big races with horses that have no chance.

It is a hard-earned reputation dating back to his days as a jockey when he rode top horses such as the champion two-year-old of the 1960s, Eye Liner.

Doyle has also etched his name in racing as the trainer of a long line of top class gallopers such as Stylish Century, Kinjite, Don’t Play, Atlantic Crossing, Beau Zephyr and Palidamah.

Blue Comet will be his first feature race runner in a couple of years and Doyle admits he will get a special kick if the gelding can win.

“I have been training for his owner Robert Anderson and his family for more than 30 years,” Doyle said.

“The first horse I had for them was Spearman who won some top races.

“Since then we have had plenty of success with horses like Le Val and Biggles but Blue Comet is the best we have had lately.”

Blue Comet has won two of his past three starts and Doyle is looking forward to getting him out to 1600m on Saturday.

“Blue Comet has also won two of his three starts at the Sunshine Coast in good fashion,” je said.

“Both of those were on soft tracks so we are going to get the same conditions.

“He is a big strong horse and he has been hitting the line hard at 1400 metres.

“I really think the 1600 metres on a big track is going to be ideal. I know he has a bad barrier (15) but on wet days it is an advantage to get away from the fence on the ridge down the centre of the straight.”

Blue Comet won his most recent start at the Gold Coast last Saturday week and trialled at Deagon on Tuesday.

“It just ticked him over nicely. I think he is probably a touch over the odds in the current market,” Doyle added.

Luke Dittman won on Blue Comet at the Gold Coast but will ride at that track on Saturday to chase the local jockeys premiership.

“Dale Smith is back on him and he has won on Blue Comet which is a plus,” Doyle said.

Among Blue Comet’s rivals is the Gai Waterhouse and Adrian Bott-trained Statuesquely who has worked well in the lead-up to the Guineas.

The Gerry Harvey-owned filly has had four starts for two wins and two seconds.

Waterhouse and Bott have had a low key winter with the Gai Waterhouse Classic at Ipswich on June 15 their biggest carnival win.