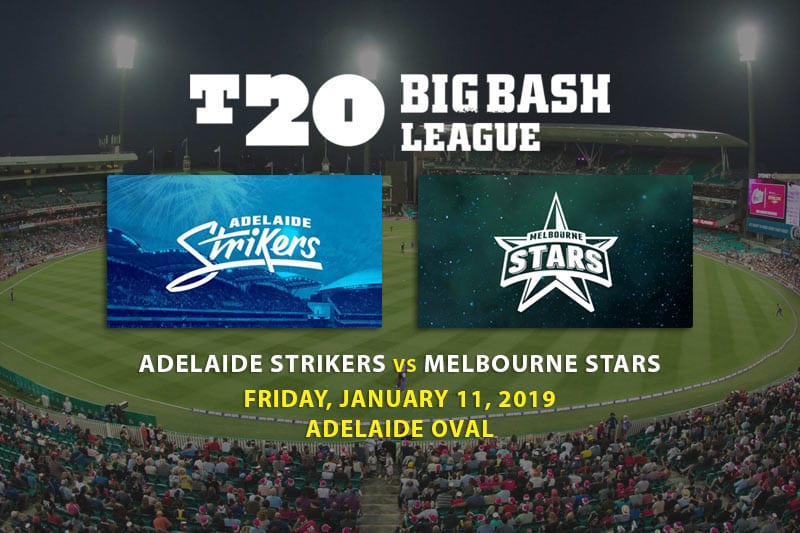 THIS is a crucial phase of the season for everyone, but the Melbourne Stars are feeling the pinch more than most.

Without Peter Handscomb, Glenn Maxwell and Marcus Stoinis for Wednesday’s bout against the Perth Scorchers, they could muster only 146 in 20 overs on what looked like a very good batting wicket at the MCG.

Adam Zampa’s absence was also felt as Cameron Bancroft and Ashton Turner steered the visitors to only their second victory of the 2018/19 Big Bash League season.

There were a few positives for the Stars in that game, such as a return to the runs for Ben Dunk, but their lack of top-level talent in the middle order was sorely exposed.

Like Melbourne, the Adelaide Strikers have three wins from six games after losing last time out.

Unlike the Stars, the defending champions have a few options to cover for those leaving on international duty.

Chief among those is Travis Head, who has a week or so to spare before he rejoins Australia’s Test squad for the Sri Lanka series.

Harry Nielsen steps in for Alex Carey behind the stumps, while Ben Laughlin’s return offsets the departure of Peter Siddle and Billy Stanlake.

There is plenty of competition around him, but Jake Weatherald is fast becoming the go-to guy in Adelaide’s top order.

The 24-year-old from Darwin has registered double-digit scores in every game this season, including half-centuries in each of his last two hits.

As long as he is at the crease, it feels as though no score is beyond reach for the Strikers.

There is a lot of interest around Head for top batsman, and rightly so, but Weatherald’s form is too good to ignore.

The last few days have thrown up some difficult Big Bash betting questions, but this isn’t one of them.

They regain an absolute gun in Head and have enough depth to make do without the likes of Carey, Siddle and Stanlake.

The Stars, however, are looking lean in all departments and need the likes of Seb Gotch, Liam Bowe and Liam Plunkett to step up their respective games.

Get on the Strikers to clinch their fourth win and put some pressure on the frontrunners.