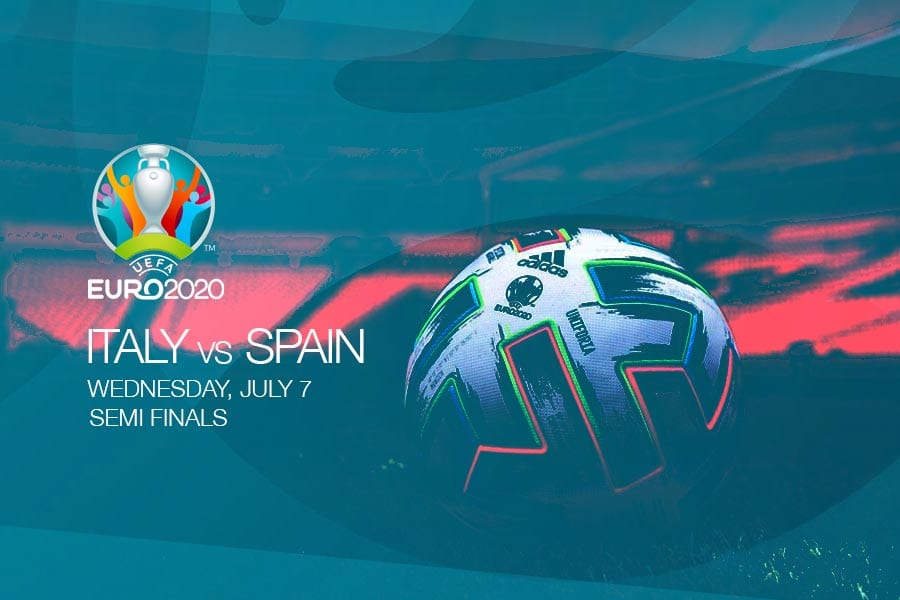 The first of the semi finals at Euro 2020 will see Italy and Spain do battle at Wembley Stadium on Wednesday (AEST) for a place in the final. Betting Site’s soccer expert presents his best bets and match analysis for the rematch of the Euro 2012 final.

The Italians enter the last four on the back of a 2-1 win over Belgium, who sat top of the world rankings coming into Euro 2020. The Azzurri found the lead when Nicolo Barella (31′) found the back of the net, before Lorenzo Insigne (44’) gave them a two-goal cushion. Despite Belgium’s Romelu Lukaku getting one back from the penalty spot just before half-time, the result felt like it was never in doubt in the second half, with Italy looking resolute in defence.

Spain present a different challenge to anything the Italians have come up against throughout Euro 2020. The Azzurri must also soldier on without Leonardo Spinazzola, arguably their best player in the tournament to date. The left-back suffered a tournament-ending Achilles injury, and considering the standard of balls into the box he was giving the likes of Ciro Immobile and Federico Chiesa, his presence will be sorely missed.

With 11 goals in their past three matches, this rebuilding Spanish line-up is a major threat to Italy’s chances of reaching the Euro 2020 final. Despite being taken to penalties against a confident Switzerland side, Spain have seemingly hit their straps at the right time. The likes of Gerard Moreno and Mikel Oyarzabal have proved dynamic when coming on in the second half of games in the tournament, and that quality on the bench could be key.

Despite going in as underdogs with the soccer bookies, Spain will be confident of progressing through to their first major tournament final since they took out the 2012 European Championship. Much like Italy, they will be without a key asset with winger Pablo Sarabia expected to miss the semi final through injury. However, with adequate replacements in their squad, Spain cannot be underestimated considering they have not tasted defeat in their last 12 international matches.

While Spain are undefeated in their past 12 matches, Italy are yet to loss in their past 20 and have won their last 13 international ties. We expect that streak to continue on Wednesday (in 90 minutes) considering they look the stronger side on paper, despite Spain’s goalscoring threat. The return of Giorgio Chiellini in defence in the quarter finals gave Italy another string to their bow, and despite losing Spinazzola to injury, they should have the squad depth to cover his loss.

Chiesa had just his second start of Euro 2020 in the quarter-final win against Belgium. Despite not finding the back of the net on that occasion, he consistently looked dangerous down the right-hand side of the pitch. The attacker had a superb season for Juventus, and having scored the go-ahead goal in extra time against Austria in the round of 16, he has confidence on his side heading into Wednesday’s semi final.