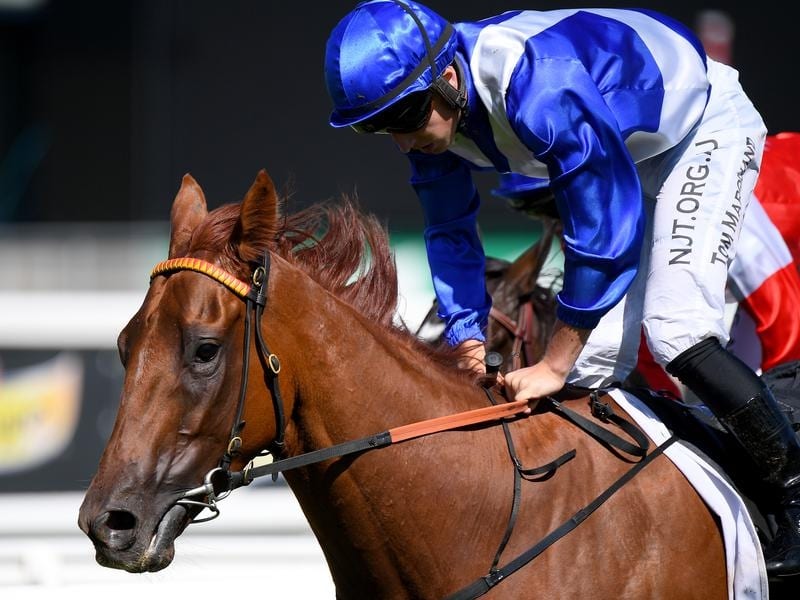 Tom Marquand continues to make his mark on Sydney racing with the visiting English jockey steering Indy Car to a stakes win early on the Randwick program.

Marquand missed the first day of The Championships through suspension but signalled he was back as a force in Saturday’s Listed South Pacific Classic (1400m) on Day Two.

Trained by Anthony Cummings, Indy Car ($6) was a decisive 1-1/2 length winner over Icebath ($7) who was held up on the rail to give trainer Brad Widdup a frustrating two seconds in the first two races after Wheelhouse in the Fernhill Mile.

Favourite Yao Dash ($3.70) led but had few answers when the challengers came and finished sixth while Indy Car stormed home out wide.

“In the early stages I was a little bit worried,” Marquand said.

“I was expecting him to jump and run and he ended up second last.

“But I was able to use his momentum off the bend.”

Changes have had to be made to the autumn and winter carnivals in Sydney and Brisbane because of the coronavirus pandemic and the biosecurity protocols in place.

Cummings has plans for Indy Car who is raced by Gerry Harvey if the logistics can be worked out.

“He is a really nice horse and will continue up the ladder,” Cummings said.

“Racing NSW has transferred the Hawkesbury Guineas to Rosehill which looks a nice race for him.

“There is a three-year-old mile race in Queensland so I need to see the detail to see if that makes sense.”

The Group Three Hawkesbury Guineas (1400m) is on April 25 part of what is normally a stand-alone Saturday meeting at the provincial track.

Racing Queensland has programmed a revised program of feature races after originally scrapping its winter carnival.