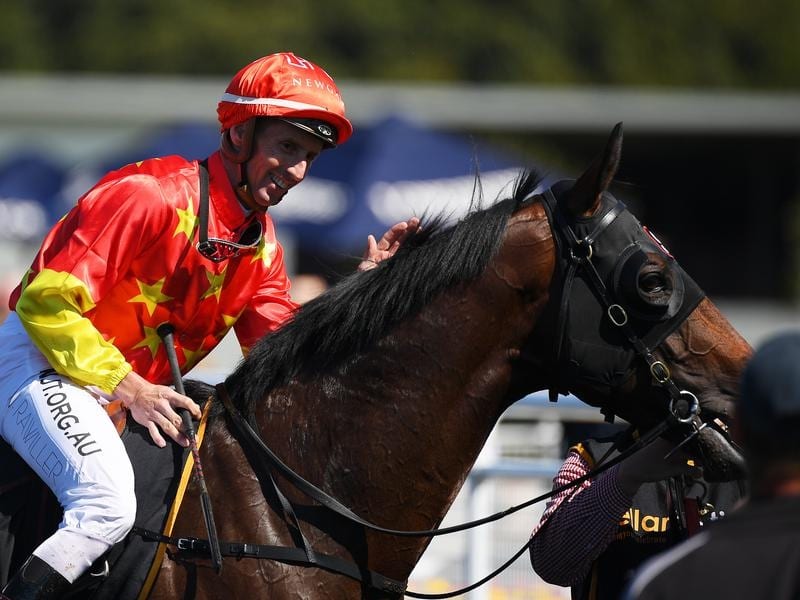 The Snowden stable has added Fernhill Mile winner to its Group One Champagne Stakes squad.

Peter and Paul Snowden have strengthened their hand in the Champagne Stakes, confirming Fernhill Mile winner Untamed is likely to back up in the Group One race.

The Snowdens already have Sires’ Produce Stakes winner and race favourite King’s Legacy, while Aim could also run if the track is not heavy.

Untamed ($3.60) has put himself in the mix with a grinding win in Saturday’s Listed Fernhill Handicap (1600m) at Randwick, settling midfield and wearing down the leaders to defeat a game Wheelhouse ($15) by a half-head

Fayerra ($8.50) fought on for third another long head away with favourite Postcode tiring for fourth after leading.

Paul Snowden said the stable was confident Untamed would appreciate a distance rise in the Fernhill, run over the same track and distance as next Saturday’s Champagne Stakes.

“All he wants to do is please you. You could see the closing little bit he was going to get there, it was just a matter of when, and he got there on the line,” Snowden said.

“He has always had a tendency to relax in his races and hit the line so we were pretty confident up to a mile and a little bit further he was certainly going to come into his own.”

Snowden confirmed Untamed would back up in the Champagne provided he pulled up well.

The juvenile is raced by a syndicate that includes Newgate Farm managed by Henry Field.

“There is every chance,” Snowden said.

“We spoke about it last week with Henry, if we won today there would definitely be an option there for him, if he pulled up well enough, to back up there next week and take his place.””

Jockey Nash Rawiller said the race panned out well for the winner and he showed tenacity to put his head in front when it mattered.

“It worked out really well because they got going before the corner and he outstayed them late,” Rawiller said.