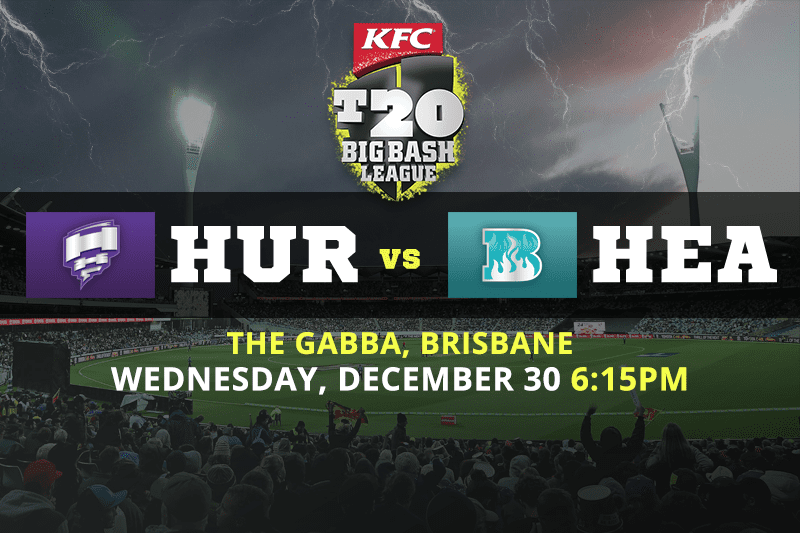 The reverse fixture from Sunday night sees the Hobart Hurricanes “host” the Brisbane Heat at the Gabba, the same venue that saw the Heat topple the Hurricanes in a huge upset by four wickets just four nights beforehand. Despite being winless before that match the Heat made the Hurricanes pay for a poor effort with the bat when chasing down the 148 they put on the board with close to three overs in hand.

The loss on Sunday night will hurt the Hurricanes as they would have pencilled in the win following Brisbane’s poor start to BBL10. The match on Sunday saw the number one Twenty20 batsman in the world Dawid Malan debut for the Hurricanes at number three, so you would think he would only be better for the hitout following his two weeks in mandatory quarantine. However, the Hurricanes will need an overall batting improvement considering all of their batsmen got starts but none were able to make any meaningful contributions with the bat.

Brisbane on the other hand were pretty good compared to what they had dished up to start BBL10 and off the back of an opening partnership of 73 between Max Bryant and Sam Heazlett the Heat got the job done pretty convincingly despite a middle order collapse. In his first game for the Heat, Lewis Gregory was the star with the ball in hand snaring 3/22 in his spell, whilst James Bazley in his club debut managed to steer the Heat home after a couple of nervy moments for Heat fans in the middle overs smashing an unbeaten 31*.

The Hurricanes will be out looking for revenge on Wednesday night following poor display with the bat on Sunday. The Heat managed to restrict the Hurricanes to 7/148, but with the likes of Short, McDermott, Malan, Ingram and Handscomb in the Hurricanes top 5 you would expect a reasonable response from such a star studded batting line-up. WIth an equally capable bowling line-up the Hurricanes should be strong this time around for the Heat.

The top run-scorer on Sunday night for the Hurricanes was D’Arcy Short and coming off the back off a spell of 3/18 with the ball he should be full of confidence for this matchup against the Heat. Having made a scratchy 27 off 20 balls the Australian international will be looking to go big to aid the response of the Hobart Hurricanes. If he is still batting in the 12th over he certainly has 50 and will look to go even bigger towards the back end of the innings.

Outside of Cameron Green, Jack Wildermuth is arguably one of the countries top up and coming all-rounders and on the back of a top spell of 1/23 on Sunday and only 8 with the bat, we’re backing the gun all-rounder to be back to his dynamic best with the bat in hand on Wednesday. He opened his BBL10 campaign with a swashbuckling 31 and since then hasn’t really fired a shot with the bat. We’re expecting him to go big against the Hurricanes this time around.