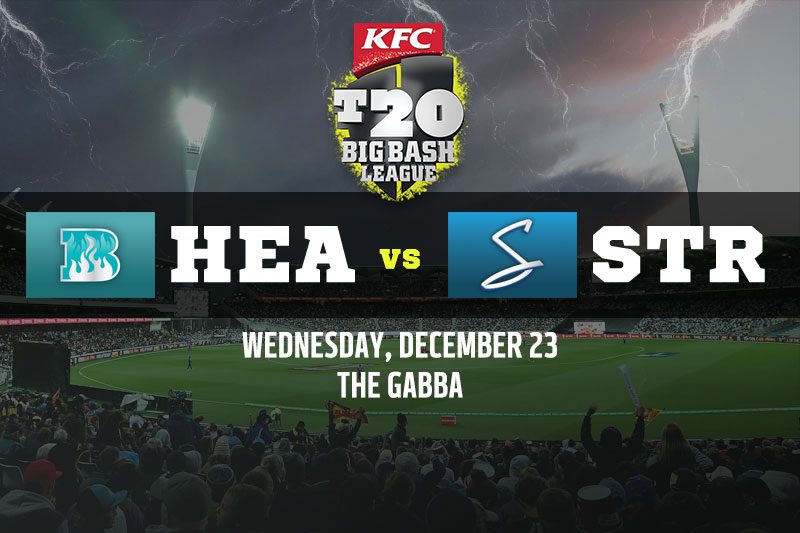 Before the Big Bash League takes a short break for Christmas, the Brisbane Heat and Adelaide Strikers will go head-to-head at the Gabba on Wednesday night.

The Heat are still searching for their first BBL10 victory after getting rolled by the Melbourne Stars and Sydney Thunder in their first two clashes.

Peter Siddle helped the Strikers secure their first win when he took five wickets against the impressive Hobart Hurricanes, but Adelaide had no answers as Dan Christian slogged the Sydney Sixers to what proved an insurmountable lead on Sunday.

Matthew Renshaw will go up against his old Heat teammates for the first time as the Strikers look to get back in the winner’s circle.

Chris Lynn caught fire in the Heat’s recent loss to the Thunder, hitting 69 off 44. The Adelaide Strikers have a well-rounded batting group but no clear standout, so we are backing the BBL’s all-time top scorer to steal the show on Wednesday night.

The last time Phil Salt took on the Heat, he made 67 runs off just 38 balls without losing his wicket. The British import fell flat in his first two knocks this season, but his quick-fire 28 against the Sixers – which included five boundaries and one maximum – showed that his ballstriking is in fine order.

To take a wicket – Wes Agar

Not many bowlers have been as reliable as Wes Agar for the Strikers. It seems as if he goes under the radar of opposition batsmen, often luring them into taking unnecessary risks against his sneaky pace. Agar cleaned up the tail end in his last clash with the Heat, and we fancy him to break through at some point this Wednesday.

We expect a big effort from the Brisbane Heat, who have waited over a week for redemption since their last loss, but the Strikers are clearly the superior side. With Alex Carey back in the mix, the Strikers look to be a well-rounded team who can beat anyone on their day.