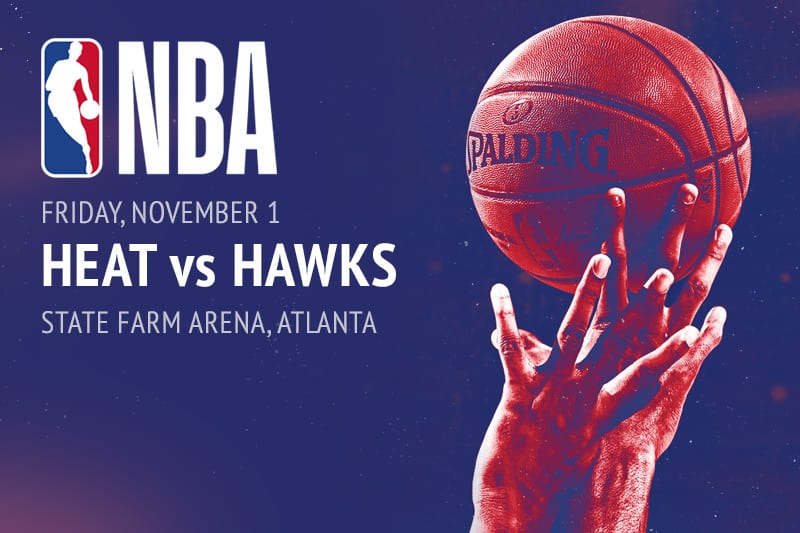 Having played each other only two days earlier, the Atlanta Hawks and Miami Heat will lock horns again at State Farm Arena as the 2019-20 NBA season continues on Friday (AEDT).

Trae Young went down with a sprained ankle after playing just over 11 minutes in the first match, costing the Hawks an opportunity to push for the win.

John Collins was the shining light in the 15-point loss as he put up 30 points to go with his seven rebounds.

Jimmy Butler did not disappoint in his first match for the Heat, putting up 21 points and three steals, but he was overshadowed by a very good rookie performance.

Tyler Herro played his best game yet as he piled on a massive 29 points whilst pulling down seven rebounds. The young shooting guard went to the free throw line 16 times and made 12, scoring 19 points in the second quarter alone.

This upcoming match is a little difficult to judge as the Hawks will have home court advantage and Young, whose sprained ankle is not as serious as first thought, will play more minutes.

Evan Turner is a chance to return for Atlanta if he can overcome an Achilles issue, which will give the hosts good coverage off the bench.

Goran Dragic over 24.5 points + rebounds + assists
The last few games for Goran Dragic have clearly exceeded the expectations of online bookmakers. The last couple of games have seen his over/under for this market sit around 18.5, but he has surpassed that figure on both occasions and posted 27 combined stats off the bench against the Hawks. Dragic will continue his hot streak in this match.

Cameron Reddish over 10 points
One of the biggest disappointments of this year’s rookie class has been Cam Reddish. Averaging only four points per game and shooting at a very low 22 per cent from the field, Reddish is yet to make a three-pointer despite attempting three per game. This will be the match where the former Duke star comes alive and makes some buckets.

Total match points over 219.5
Miami know how to put scores on the board, but it will be up to the Hawks to help push the match total above 220. If Trae Young plays you can put an extra 30 points on the Hawks’ score line, that is how talented the second-year guard is. Bam Adebayo is playing very well for the Heat and makes offence easier with his large frame and reach.

Miami Heat to win
With Jimmy Butler running the show and providing great on-court leadership, the Heat have a chance to make the NBA Playoffs after a very promising start to the season that includes an overtime win against the Milwaukee Bucks.