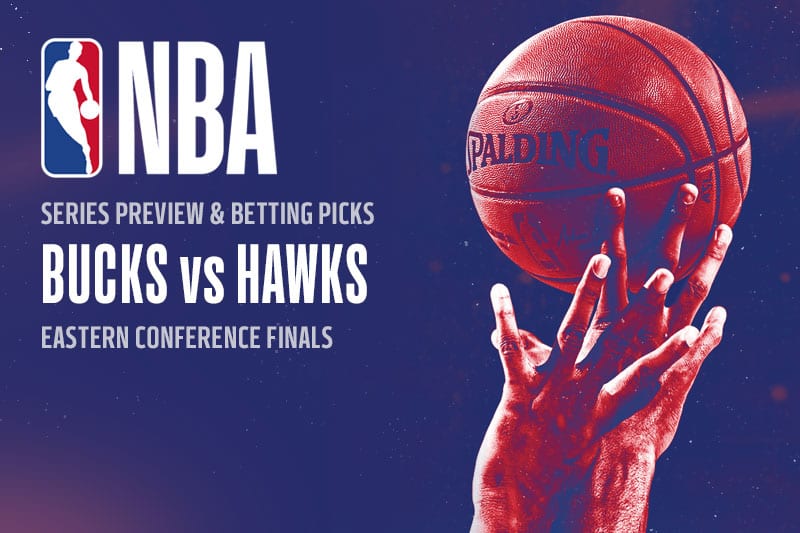 Having downed the Brooklyn Nets in an instant classic on Saturday night, the Milwaukee Bucks will now try to punch their ticket to the big dance with a victory over the Atlanta Hawks in the NBA Eastern Conference Finals. BettingSite brings you the full preview for the Bucks vs Hawks series, which kicks off on Thursday (AEST) in Milwaukee.

The Bucks (54-29) lost the first two games of their series against the Brooklyn Nets, including a 125-86 blowout loss in Game 2, but then the injury bug hit the Nets hard and Milwaukee took advantage. James Harden missed Game 3 and Game 4 and played the last three of the series with a hamstring injury, and Kyrie Irving missed the last those last three games with an ankle problem. Giannis Antetokounmpo and the Bucks fended off a red-hot Kevin Durant to close out the series with a 4-1 run (3-2 ATS). Antetokounmpo averaged 31.9 points and 12.9 rebounds per game in the seven-game series.

Atlanta (49-35) was also pushed to seven games in its second-round series. Trae Young averaged 29 points and 10.9 assists per game against the Philadelphia 76ers to lead the Hawks to four wins in a series where Atlanta was the betting underdog in every contest. The Hawks are undoubtedly the biggest surprise of the final four, and they are paying long odds of +900 at BetOnline to win the NBA Championship. Atlanta is 15-5 (13-7 ATS) over its last 20 games, with seven outright upsets over that stretch.

The Bucks and Hawks have both had the good fortune of staying healthy in this injury-laden postseason. Milwaukee defeated a Brooklyn team that didn’t have James Harden and Kyrie Irving at 100%, and Atlanta faced a Philadelphia squad that had its star man, Joel Embiid, playing with a torn meniscus. These two teams deserve credit for taking care of business, but it goes without saying that injuries have played a major role in the path to the Eastern Conference Finals.

If both teams stay healthy, it’s hard to see the Bucks losing this series. Atlanta has a great young squad that should gain a lot from this experience and be in the NBA Playoffs picture for years to come. Milwaukee is stacked from top to bottom, though, and the Hawks don’t have anyone on their roster that figures to match up well defensively against Giannis Antetokounmpo. If Atlanta looks to double-team the Greek superstar, it will only give the Bucks’ dangerous outside shooters more space. This is a good matchup for Milwaukee.