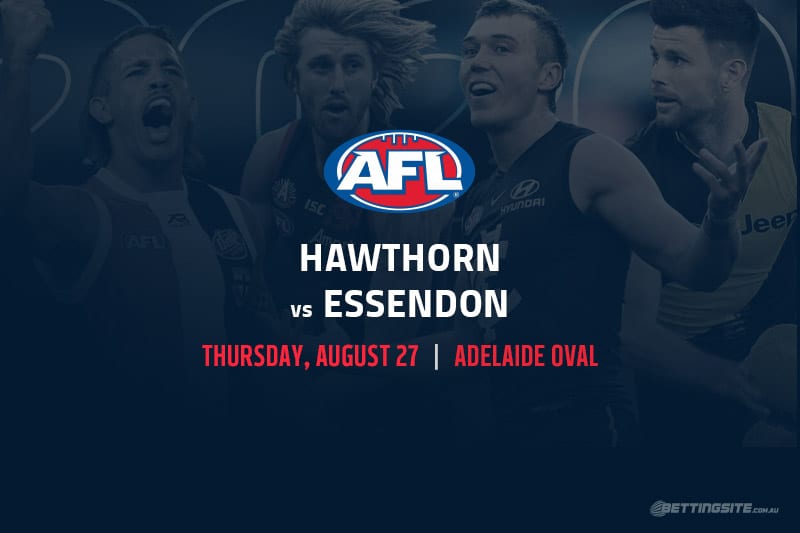 Two bitter Victorian rivals will clash at Adelaide Oval this Thursday when the Hawthorn Hawks and Essendon Bombers battle for premiership points.

Both teams went down by 12 points against quality opposition in round 13, but the games were filled with positives for each squad.

The Hawks were gallant without James Sicily in defence, while the forwards kicked nine goals despite Jack Gunston sitting out with back soreness.

The Bombers conceded some 66 inside 50s to Richmond, so it is impressive that their defence only gave up 73 points in what could have been a blowout.

The aforementioned Gunston could return this week, while Essendon backman Cale Hooker needs to pass a fitness test after six games out with a calf strain.

No player across both these teams averages more disposals per game than Tom Mitchell. The 2018 Brownlow Medal winner has finally returned to his prolific best, collecting 28, 32, 34 and 25 touches in his last four games. Averaging 36 in his last three games against Essendon, there is no better choice than Mitchell in the disposals betting this week.

Chad Wingard kicked two goals last week in his first game back at Adelaide Oval since leaving the Power at the end of 2018. We know Wingard loves the ground, where he averages a smidge under two goals a game across his career, while he has kicked multiple majors in five outings this season. The $2.80 offers great value.

Getting a 17-point lead early against the Power proved the Hawks are closing in on a victory, and we think it’s coming this week. Gunston is a crucial in for the forward structure, while their young players have been exceptional in their roles. The Bombers cannot win games if they continue to allow the ball inside their defensive 50 as often as they did against the Tigers.