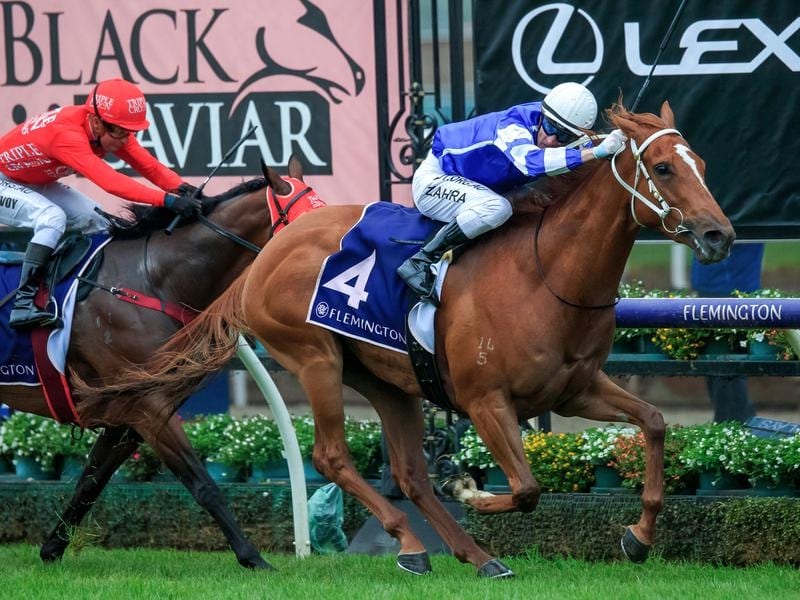 Adelaide-trained Gytrash is expected to figure prominently in the spring’s biggest sprints.

Gytrash’s spring program is yet to be determined but Adelaide trainer Gordon Richards likes the idea of campaigning his stable star in Sydney in the lead-up to The Everest to showcase him to slot holders.

The Group One Lightning Stakes winner has returned from a spell in the past week to begin the build-up towards the spring with the trainer hopeful the rising five-year-old will secure a slot in the $15 million The Everest at Randwick in October.

“That would be the idea of having a Sydney campaign to showcase him up in Sydney, where the race is, and get him racing that way,” Richards said.

“You’d be silly if you didn’t want to have a horse running in The Everest, the richest sprint race in the world.

“We’re quite bullish about it, if he gets an opportunity to run in that we’d snap it up.”

Richards said he and the horse’s owners had yet to map out a program for the gelding who raced in a host of Group One races during his autumn campaign, winning the Lightning Stakes at Flemington and placing in the Newmarket Handicap, William Reid Stakes and The Goodwood.

He also won the Group Three Irwin Stakes before his runner-up finish in the Goodwood.

Gytrash could kick off his preparation in the Spring Stakes on his home track at Morphettville with feature race options in both Melbourne and Sydney also considerations during spring.

“He looks fantastic and he’ll just work along nice and quietly for three or four weeks and then start stepping along,” Richards said.

“We’re not sure where we’ll go with him first-up. Whether we run him here in the Spring Stakes and then head off to Sydney or Melbourne.

“I’d quite like to have a crack up in Sydney with him. There’s races like the Concorde, The Shorts, the Premiere Stakes.

“I’m just not sure where we’re going to go but he’ll be going somewhere.”