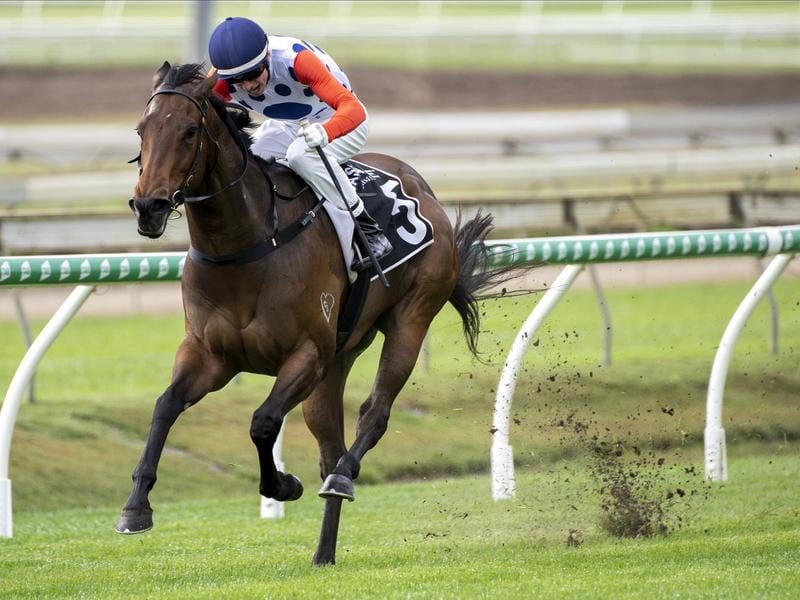 Tony Gollan has become the first to train 100 Queensland metropolitan race winners in a season after Howwonderfullifeis won at Doomben.

Gollan has his seventh consecutive metropolitan title sewn up and had already set a record for the most wins which he previously held at 90 from two seasons ago.

He has had 140-1/2 winners on all tracks this season putting him sixth on the Australian trainers premiership.

“I have a month to train a few more winners so hopefully it won’t be an ongoing debate.

“Anyway it is a credit to my staff and owners who have been great.”

Starting favourite, Howwonderfullifeis ($1.65) went straight to the lead and scored by three-quarters of a length to All Shiraz ($11) in the Mount Franklin Plate (1100m).

Gollan said the wet track and drop in class were big factors in win.

“She had been racing in stakes company and she really likes wet tracks,” Gollan said.

“I would like to get more black-type for her but we will have to see what is about as there doesn’t look to be much for her.

Howwonderfullife is by a noted sire if wet-track horses in Your Song.

Doomben was downgraded to a heavy rating after showers on Saturday morning.