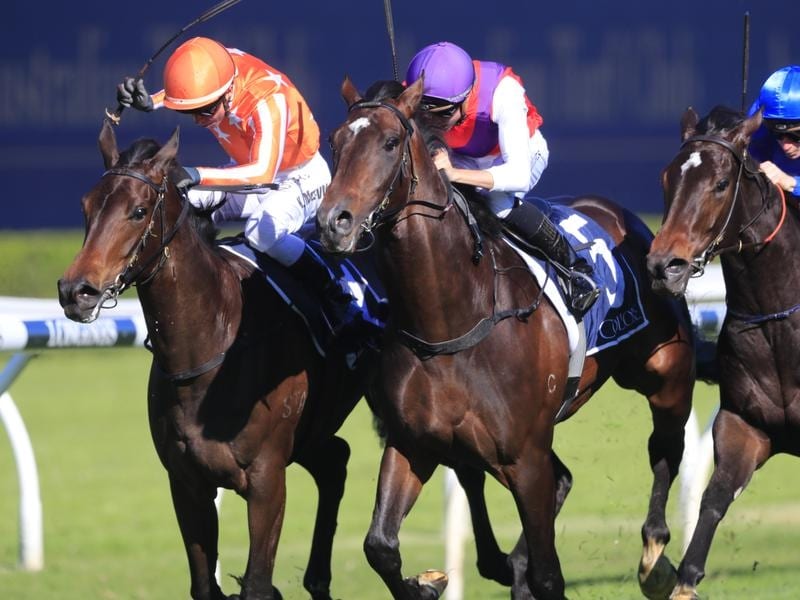 Brothers Richard and Michael Freedman have continued an outstanding season with two-year-olds and iced a memorable week with Exhibition’s gutsy win at Randwick.

Having just his second start, the $6.50 chance was under stern urgings from jockey Andrew Adkins around the home turn but responded and lifted late to edge out favourite Angel Helena ($2.10) by a short half-head.

Exhibition was also the Freedmans’ ninth winner from their past 14 runners.

The brothers only teamed up 12 months ago and Michael said it was important to show they could get results with young horses given the industry’s emphasis on juvenile success.

“It’s our tenth for the season with a crop of 35 to start the season so we’re pretty happy with how it’s gone,” Michael Freedman said.

“We’ve got an even crop of yearlings coming through this year and we’ve always got room for a few more.”

Michael Freedman, who has boxes at Randwick, does most of the work with their juveniles while the Rosehill-based Richard has focused on the older horses.

However that was not the case with Exhibition.

“I had him early and he took him to Rosehill so fair play to Richard, he’s done a good job,” Freedman said.

The Freedmans believes Exhibition has the makings of a handy stayer and will send him for a break before a possible Spring Champion Stakes campaign.

“He’s come a long way from where he was three or four months ago and if he can make the same sort of improvement then he’s got plenty of upside,” Freedman said.

Adkins snared a double at Rosehill last week and continued in that vein aboard Exhibition.

He said the youngster relaxed well early and he gave the horse room in the run to maintain his rhythm when the speed slackened.

“I knew he wasn’t going to dash, it was going to be a long wind up job,” Adkins said.