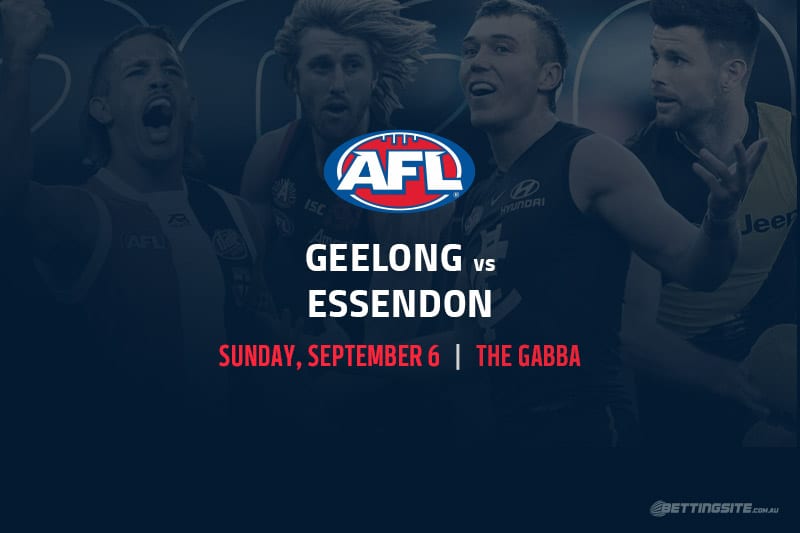 This Sunday afternoon clash between the Geelong Cats and Essendon Bombers at the Gabba could have big implications for both sides’ postseason aspirations.

Finals are still on the cards for the Dons if they can play perfect football for the next three rounds, but the task has become that much more difficult with Andrew McGrath suffering a season-ending syndesmosis injury in the recent loss to West Coast.

Three Cats must prove their fitness midweek in order to be considered for the matchday squad; Rhys Stanley has a groin complaint, Zach Tuohy copped a chest injury in round 14, and skipper Joel Selwood is taking a conservative approach to his sore knee.

Depending on the results of the St Kilda and GWS matches in round 16, the Bombers could be eliminated from finals contention if they lose this one.

Dylan Shiel had a few quiet games after returning from suspension in round nine, but the gun midfielder is back to his best with four games over 25 disposals in his last five matches. While McGrath sits out the rest of the season, Shiel will take on more responsibility in the guts and should win plenty of footy in the run home.

While Tom Hawkins takes the credit and draws all the defenders, Gary Rohan is playing his role to perfection and has 10 goals from his last four games. Rohan’s abnormal speed will be a valuable asset against the running defenders such as Adam Saad, while is aerial prowess makes him difficult to match up.

Even if the Cats cannot play Stanley in the ruck, Darcy Fort has been an excellent understudy this season and will do a job. Patrick Dangerfield and Cameron Guthrie are both in terrific form, while the kicking ability of Mitch Duncan will tear the Bombers apart.