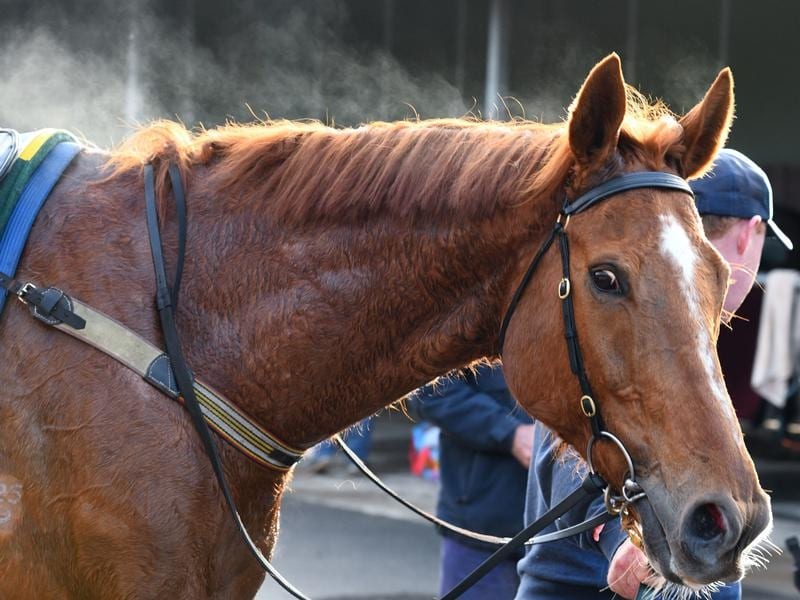 Gailo Chop has been sent to the spelling paddock after a close second in the Kingston Town Classic.

After going close to ending his campaign with a Group One win in Perth, nine-year-old gelding Gailo Chop is back home in Victoria for some time in the paddock.

The multiple Group One winner Gailo Chop returned to racing this spring for his first campaign for Warrnambool trainer Matthew Williams after a lengthy recuperation from a tendon injury.

While the gelding went winless in his six starts during his campaign he managed to place twice at Group One level.

He was only chased down late in the Group One Kingston Town Classic (1800m) at Ascot in Perth last Saturday, finishing a half-length second to three-year-old filly Kay Cee and Williams was rapt with his performance.

“He got back this morning and he looked terrific,” Williams said.

“We’re fortunate we’ve still got a bit of spring grass about so he’ll probably have until early January out in the paddock.”

While Williams said he had not yet discussed plans for Gailo Chop with with OTI Racing’s Terry Henderson but suggested he could be targeted towards a couple of feature races in Queensland later this season.

“I’m thinking along the lines of the Hollindale Stakes and the Doomben Cup in Queensland would be good options for him, just having that little step back from the stronger Group One racing through the autumn,” the trainer said.