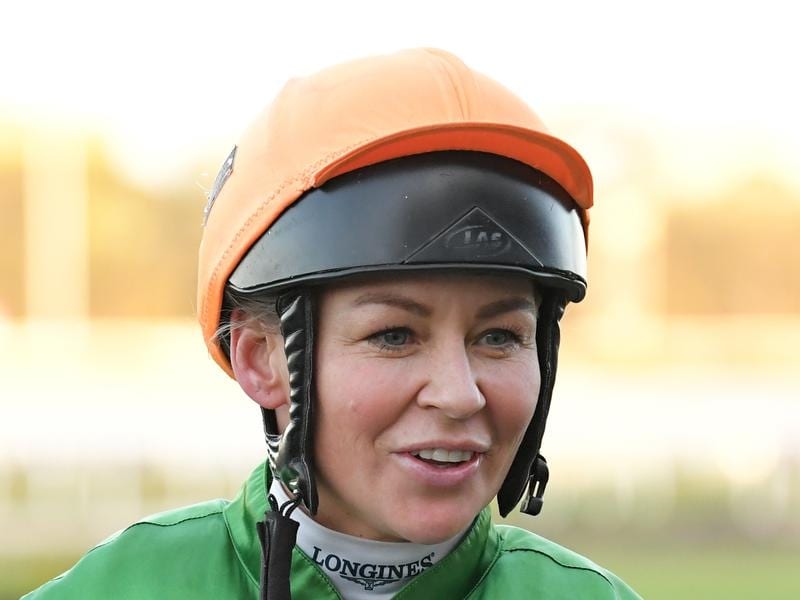 Kathy O’Hara will team up with Michael Rodd as NSW representatives in a Brisbane jockeys’ series.

Melbourne Cup-winning rider Michael Rodd looks likely to miss a chance to link with his old boss Bryan Guy but he is fancied to win his first ‘Origin’ Jockey Series.

Rodd did his apprenticeship with Guy on the Gold Coast but was born in NSW and will wear the sky blue of the state in the Origin series on Friday and Saturday.

He will be joined by Kathy O’Hara in the NSW team.

The TAB has installed NSW as $3 favourite to win the series with South Australia at $4.

Tasmania and Victoria are on the next line at $5 with New Zealand and Queensland the $8 outsiders.

Rodd will ride Paris Crystal, Dynamic Thinker and Mandela who are well fancied in Friday’s series heats at Doomben.

On Saturday he also had favoured runners Ziemba and Maslow in the two heats at Eagle Farm.

He had also been booked for Guy’s promising first starter Apparently Not in the Listed Calaway Gal Stakes on Friday.

Apparently Not, a $100,000 Magic Millions buy, won a recent Gold Coast trial in good style but has drawn barrier nine.

Guy’s son and co-trainer Dan Guy said the filly was more likely to run At Murwillumbah on Friday.

“The barrier wouldn’t suit her and at this stage we are leaning to Murwillumbah. There is still a chance she could go to Brisbane but Murwillumbah is more likely,” he said.