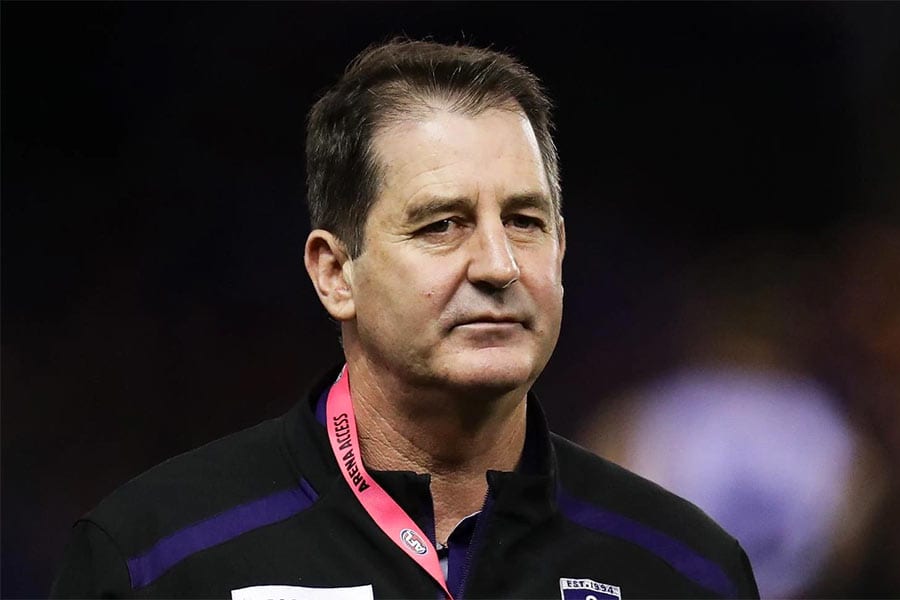 Ross Lyon has been sacked by the Fremantle Dockers board after an eight-year tenure as head coach.

Although contracted to coach until 2021, the former St Kilda gaffer’s tenure was cut short with immediate effect on Tuesday.

Lyon’s stint at Fremantle never amounted to any tangible success, with the 2013 AFL Grand Final loss to Hawthorn remaining the best result in the club’s short history.

Online bookmaker Sportsbet.com.au has wasted no time posting odds for the next head coach of the Dockers.

Peter Sumich, currently an assistant coach at Freo, enters the market as a $1.80 favourite.

Sumich is a legend of West Australian football and boasts a wealth of experience in the AFL coaching industry, including 10 years at West Coast before joining Lyon’s staff at Freo in 2011.

The current Collingwood Magpies defence coach, Justin Longmuir, has built a reputation as a smart communicator and holds the second line of betting at $2.50.

Brad Scott ($5.50) has been a popular candidate for coaching jobs around the league since parting ways with North Melbourne earlier this year, but it remains to be seen whether Fremantle will go for someone with prior experience.

David Hale ($6) has been given the role as caretaker coach of Fremantle for the club’s AFL Round 23 clash with Port Adelaide.

Already two caretaker coaches have been rewarded with a permanent role for 2020, being Rhyce Shaw at the Kangaroos and David Teague at Carlton.

Hale could follow the trend if he can put in a good performance this weekend.

The fifth-best bet for the Fremantle head coach job is John Worsfold, currently the main man at Essendon.

If Worsfold isn’t at the Bombers next season, he could find himself back in his home state where he won premierships as both player and coach with West Coast.

Other interesting choices include Aaron Sandilands and Hayden Ballantyne, who both will retire at the end of the season, and Tendai Mzungu, who is the current Next Generation Academy coach for Fremantle.

Our choice for the job would be Longmuir, who is an up-and-coming coaching prospect with an excellent reputation around the AFL and strong ties to Freo from his playing days.