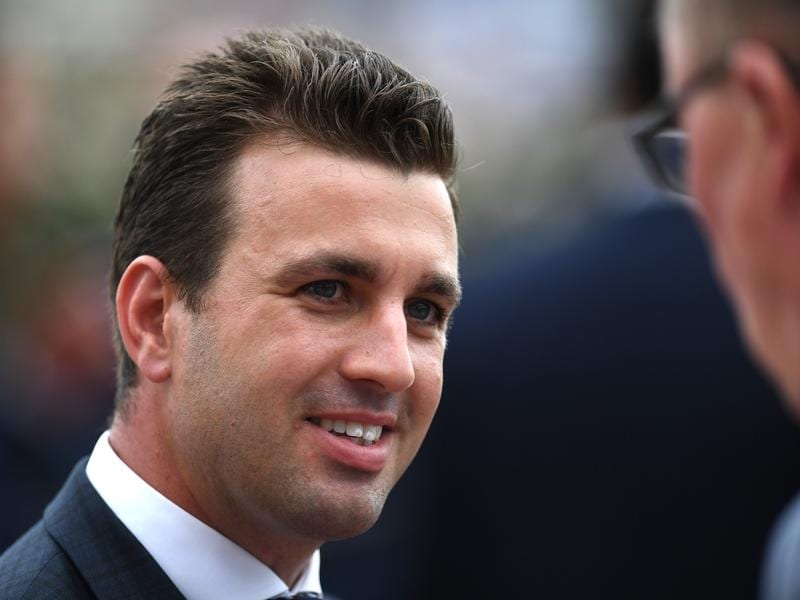 Trainer Levi Kavanagh has big plans for Excess Funds who runs in the Vain Stakes at Caulfield.

Trainer Levi Kavanagh is banking on the race fitness of Excess Funds when the three-year-old contests the Vain Stakes at Caulfield.

The Group Three 1100m-sprint has attracted a field of seven, of which four are resuming from a spell.

Kavanagh brought Excess Funds in from a spell to target the late season two-year-old races hoping he could snare a black-type win.

He said track conditions conspired against Excess Funds last start when he ran third behind Assertive Approach and Behemoth in the Listed Lightning Stakes at Morphettville on July 27.

“It was the last race before he turned three and if the conditions had been different on the day I think he could have been right in the finish,” Kavanagh said.

“It was a bit of a leaders, on the rails, biased track and we were back a bit finishing down the middle.

“The two that beat him are older horses while on Saturday he’s back against his own age group.

“A few of the others on Saturday are just coming back whereas he’s got a couple of runs under his belt this prep.”

Saturday’s performance will give Kavanagh an indication how far the colt can stretch into the spring.

Kavanagh would like to set Excess Funds for the Group One Coolmore Stud Stakes at Flemington on November 2.

“After Saturday we’ll start spacing his runs a fair bit to try and keep him up for a while,” Kavanagh said.

“I’m lucky I’ve got access to our farm, so he’ll be able to go in and out of Flemington to the farm to keep him a bit on the fresher side.

“I think he’ll stretch out to 1200 metres but his form will determine whether he can get to the Coolmore.

“It’s a goal I’ve got in mind for him being a colt, but it’s very early in the spring to be looking that far ahead.”